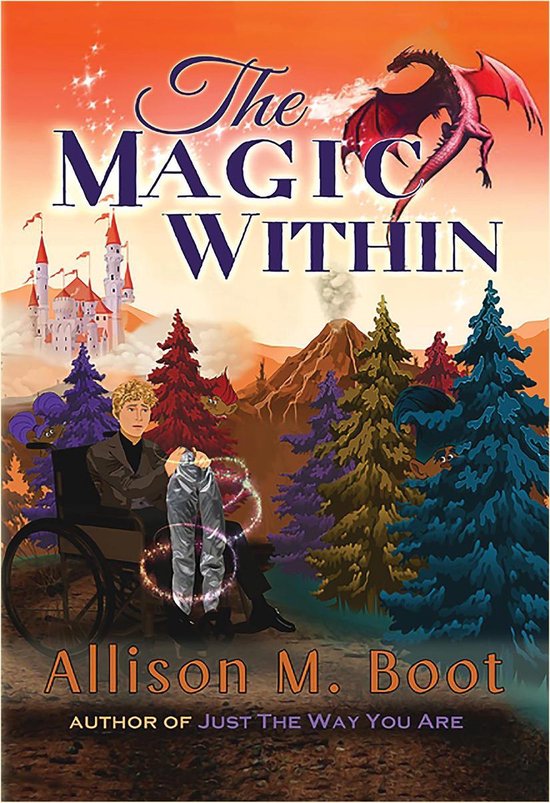 Isabel Benson has recently been crowned Queen of Cinder's Edge, but before signing her first royal decree, she finds herself questioning whether the kingdom is ready for the changes she is about to put in motion.


Travel through time as her grandparents help to answer that question by telling their story.


Natalie, a petite silver-haired woman with emerald eyes and wrinkles that reflect both the tragedies and triumphs of her life, was once a typical young princess. Her father's obsession with finding her the perfect suitor and her mother's insistence that she learn to perfect things like the art of curtsying, left her wanting nothing more than to break of her parents' expectations.


Blaine Benson, is now a white-haired man with soulful blue eyes who loves his granddaughter more than life itself. Growing up he was like any other guy expect for his physical disability and the fact that his best friend was, and still is, a treasure troll. Hoping to learn how to free his father, a once beloved magician, from the guilt surrounding the cause of his disability, he spent most of his formative years with his nose stuck in a book.


Go on an adventure with the two as they describe how falling for one another was not by coincidence, but the work of forces greater than they ever could have imagine. Learn how their love, and the love of those around them, was put to the test when Glomgurgle, a dragon who attacked the kingdom when Natalie was a child, lured her to his lair and her father offered her hand in marriage to the suitor who could save her.


Hear about how with her own happiness and the wellbeing of her kingdom at stake, Natalie had to learn trust in the only thing that she could - her instincts. Listen to how Blaine examined his true abilities, as the fate of Natalie, the trolls, and Cinder's Edge was ultimately put in his hands.


In the end, after hearing the history of her family and kingdom, Isabel must decide whether or not, she too can trust her instincts and sign a royal decree that will change the fate of Cinder's Edge and its people forever.


Author and troll doll enthusiast, Allison Boot, loves to write. She uses her writing ability to spread disability awareness in hopes that her words will positively impact young people with disabilities.