The Magician How to Become a Successful Magician for Fun or Profit! 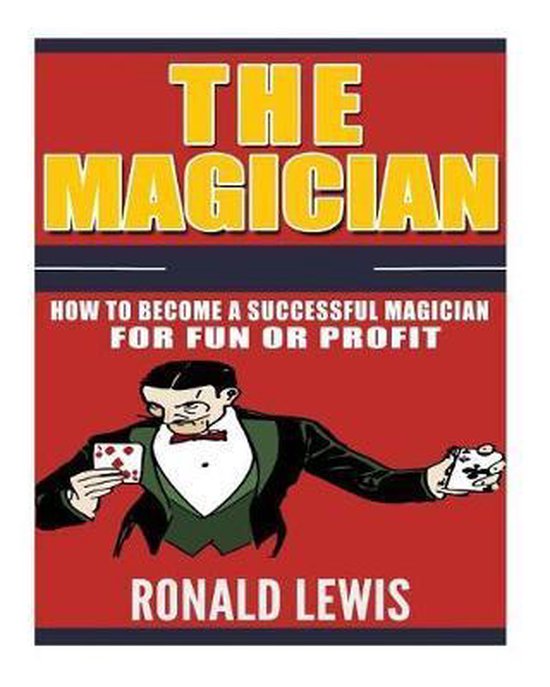 “. . .eyes like saucers he holds his breath watching as the tall stranger flourishes his long, black cape, quickly taps his wand twice and voila’ a white rabbit appears on the previously empty table”!''How to Become a Successful Magician for Fun or Profit!''What child can’t recall memories of their first magic show? Maybe he or she have seen some of the “pros” at work on their television but had never seen a magician at work up close and personal. It’s. . .well it’s magic!Have you ever wondered, “how’d they do that?” Of course you have! Doesn’t everyone?How it beginsMaybe you are one of those people who has always had a secret passion to actually perform some of those magic tricks and dazzle an audience with your own brand of excitement.Well, you CAN do it and “How to Become a Successful Magician for Fun or Profit!” can show you how.It doesn’t matter if you just want to surprise your friends and family or if you would like to actually create a new avocation, there is plenty of information inside to answer your questions and help you decide how to move on.Many folks who pursue the possibility of becoming an amateur magician become quite surprised when they learn that their favorite “hobby” is a skill that is in demand.Perhaps you just want to keep it simple and learn a few tricks so you can entertain at your child’s next birthday party. The party comes and you are a hit with the kids.Before you know it. . .A few weeks later you get a call from the parent of one of your child’s friends asking if you would do the same for their son or daughters birthday. Not only do they ask if you will do it, but they offer to pay you for your time! Pretty amazing, isn’t it? Before you even realize what hit you, it happens again and again.Suddenly the little hobby you learned to entertain your kids has mushroomed into a part-time business.And it works!Maybe your passion isn’t to turn your hobby into producing an income, however, regardless of your reasons . . . what you learn in “How to Become a Successful Magician for Fun or Profit!” will serve you very well. Here’s a bit of what you can look forward to:• Should you buy or make your own props?• Learn handkerchief tricks.• Try your hand at box tricks.• Paper and rope tricks are always well accepted.• How to “set the stage”And, in case you are one of those budding entrepreneurs who would like to turn an avocation into a full or part-time vocation here’s a sample of what you will learn about this lucrative field:• What kind of costumes and makeup you need.• Selecting microphones and other equipment.• How to find “gigs.”• Preparing promotional materials.• How to handle the media and advertising.• Should you have an assistant?There’s much more. As they say, “the devil is in the details” and you’ll get a full helping of everything you need to know to “to become a Successful Magician for Fun or Profit!” Grab your copy of “How to Become a Successful Magician for Fun or Profit!” today and answer your questions once and for all! You’ll be glad you did!Tag: acrobatic magician, apprentice illusion magician, apprentice magician, black magician, dark illusion magician, dark magician, how to be a magician, illusion apprentice magician, illusion magician, magician book, magician book for kids, magician book trilogy, magician ebook, magician in books, magician kindle
Toon meer Toon minder