The Management of Ideas in the Creating Organization 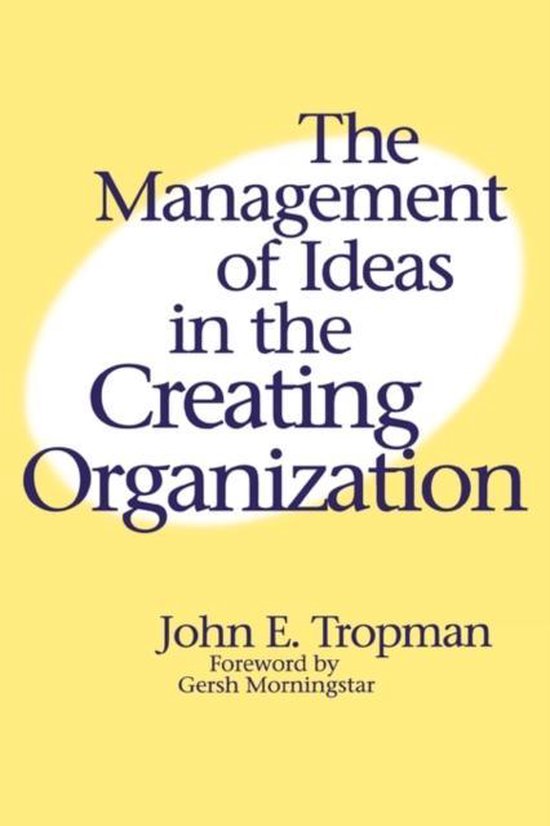 Tropman goes beyond the notion of the learning organization to propose the creating organization, an organization which sees that ideas-their initiation, development, and implementation-are the key resources for success in the 21st century. While three key resources are important to any organizations-money, people and ideas-the last has been developed the least. Everyone in the organization knows who handles the money; most people know who handles the people, but few know who handles the organizations' store of ideas. Indeed, as one executive said, Why should we have such a person; we have no ideas! As the environment moves ever faster, the long chains of command for getting art to part, from concept to customer are no longer tolerable. People closest to the problem have to solve the problem-and problem solving means having ideas about what is wrong, what can be done, and who should do it. This book introduces the concepts of IdeaManangement and IdeaLeadership as central positions and functions for the 21st century organization. IdeaManagement will be one of the central pieces of the job description of the new manager. This involves not only the creation of the IdeaManager, but tasks that person to turn all of their employees into IdeaLeaders. IdeaLeadership must be a role broadly distributed so that everyone takes a turn at being an IdeaLeader. IdeaLeaders suggest, offer, propose, and point out new ways to do old things, new things than can be done with old ways, and new things that need to be done and need new ways. But no longer are IdeaLeaders going to be pushed to the edge of the organization and then eventually out of the organization. Rather they will become the central forces of the organization, and everyone else will be tasked with helping them implement the new ideas. The organization, then, will be idea-driven more than anything else. The ability to generate ideas and put them quickly into action will be the next competitive edge.
Toon meer Toon minder