The Media, Journalism and Democracy 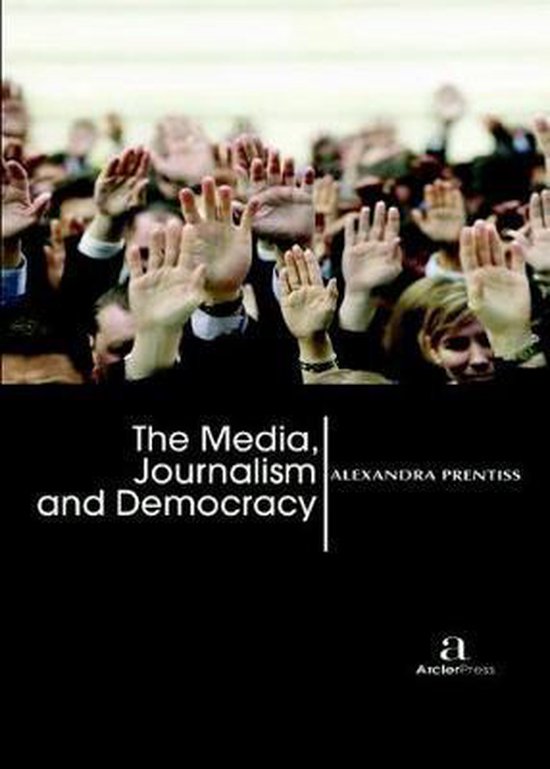 The Oxford English Dictionary defines democracy or democratic government as a system of government in which all the people of a state or polity ... are involved in making decisions about its affairs, typically by voting to elect representatives to a parliament or similar assembly . Its emphasis on citizen engagement and participation necessitate relative freedom of expression and a lack of media censorship. Transparency and accountability could be considered key ingredients of a successful democracy. In a democracy, journalists and the media have a responsibility to provide citizens with unadulterated information about their government, its actors and actions; and the government has no right to control the dissemination of information. Citizens must be informed to make decisions. This book will examine the intersection between media, state, and citizen in multiple contexts. The media inherently shapes citizens, and their subsequent engagement with the state. This is a crucial process in a democracy. It is also a perpetual conflict of agenda setting - citizens, the media, the state - each entity has owns agenda. In a democracy, it is presupposed that citizens have a right to information. Control and censorship are key aspects of the relationship between state and media. The extent to which the state controls journalists' output reflects just how democratic a democracy is, despite mitigating factors like a state of emergency. Can a state be truly democratic if it exerts any control over the media in the form of censorship or feeding stories? To better understand the importance of media freedom in an operational democracy, it is pertinent to examine a non-democratic state's curtailment of the media, as in the case of Swaziland. While democracy is not a new concept for many in the West, having been the predominant form of government in Europe and North America for the latter half of the 20th century, its existence in the developing world was hitherto more idea than practice. The Internet has changed that, enabling information dissemination on a grander scale and encouraging citizen participation. The authors of Using the Internet for Democracy argue that the Internet could potentially further democracy's cause in sub-Saharan Africa. Just as in-formation flows from above, so, too, does it flow from below, as evidenced by this study on framing democracy in Iraq, in which two news agencies rely upon citizens and local officials for much of its reporting. Investigative journalism has the potential to expose issues that would otherwise have lain dormant or been swept under the rug, especially in cases of corruption or of government/military actors behaving inappropriately. Police violence and corruption will be examined in this context. The media can play a role in promoting burgeoning democracies, as evidenced by the media's relaying of city council information to citizens, thereby encouraging their civic engagement. An interesting development resulting from the expansion of information and communication technologies is the growth of the concept of e-government , in which the government disseminates information directly to the people, encouraging engagement and bypassing traditional media and journalism conduits. One reason for which governments choose to use this method of communication is in an attempt to curb corruption, as seen in the case of Brazil. Another is simply to simplify knowledge sharing between the public sector and its citizens, thereby eliminating the need for the fourth estate - traditional media. While the recent advent of the internet and new forms of communication have accelerated the relationship between journalism, media and democracy, it is not a new relationship and has a dark past. As a tool of control, the state can use the media for its own purposes of propaganda, in non-democratic governments, as evidenced by the historical account of how radio propaganda shaped the Syrian military coup of 1962. No discussion of democracy and the media is complete without examining its role as a force of inclusion or exclusion. Democracy presupposes the inclusion of all citizens. But what happens when language becomes a source of exclusion in media? If citizens are unable to consume news because of a language barrier, they are unable to participate. Even in the most democratic of societies, Canada, this is a problem that exists for minority populations, such as Chinese immigrants. Conversely, Chinese language media often neglects to encourage its readers to engage in their new society.
Toon meer Toon minder