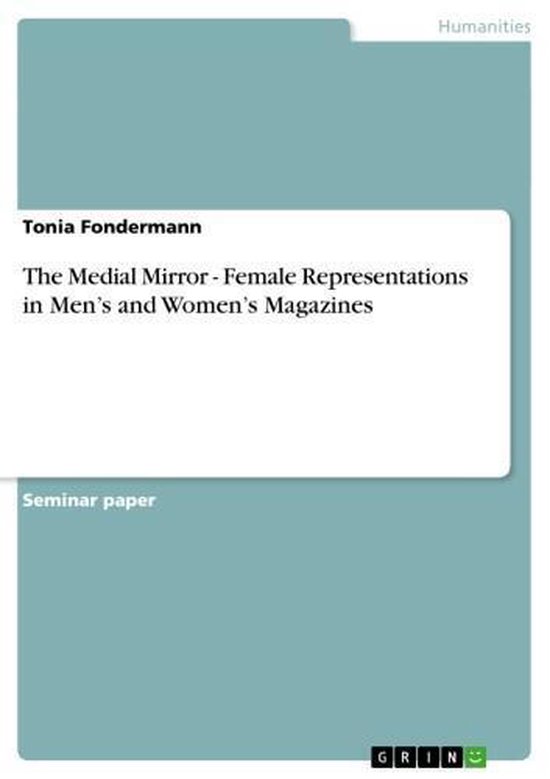 Seminar paper from the year 2002 in the subject Sociology - Gender Studies, grade: 1,7 (A-), Ruhr-University of Bochum (Sociology), course: Feminist Theory, 14 entries in the bibliography, language: English, abstract: Images of femininity and masculinity are always present in every-day-life. Mass-media supports the gender-specific perception and forms the examples with which we are supposed to be conform. This contributes to the maintenance of stereotypic believes about men and women in our society. When we talk about images of women (or men) we mean all the little things that are connected with the notion 'woman' (or 'man'). We know what a woman is and how she should look and behave to belong to that category. Society has certain expectations towards the sexes. Often these expectations towards men and women are contrary to each other (e.g. man strong, woman weak). Every human being in the western societies is defined either as male or female. Irene Dölling (1993, pp. 23-24) calls these socially formed images collective and cultural patterns of perception and interpretation. Several questions are of interest for this analysis of medial representations of women: How are women represented? Do they correspond to the beauty norm? Are woman mostly connoted with sexuality? And, in order to have a comparative object, I will look at men's representation in the media. I will deal with the following questions: How are men represented in comparison to women? Are gender roles still so stereotypic and rigidly divided, or have they become on both sides more fluent? Supposing now in advance that media still uses traditional stereotypes, I want to find explanation why this is so. Who profits from presenting women according to the cliché? Why is it so difficult to change the medial image of women, and why are women still 'in the kitchen' after over two centuries of feminism?