The Metaphysics of Sex ...in a Changing World! 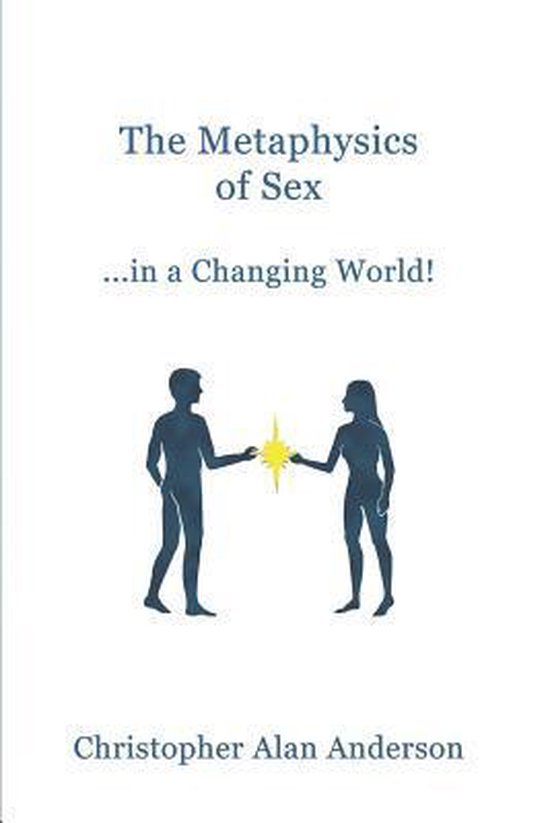 
Is sex metaphysical? This is to say, does it have a purpose and a nature that is encoded in the very construct of the universe? These are the questions the author takes up in this day and age where most everything is up for grabs. This writing is not without an examination of sensitive issues and explicit terms. Think of it as a third way, if you will. It resides between the "fixed" identity of our declining religions and the "fluid" identity of the emerging L, G, B, T, Q movement. In that it presents to us all another choice. In the end, it is about a construct for sexual balance that any reader can understand and use as a guide for his or her life.
Author Bio: Christopher Alan Anderson (1950 - ) received the basis of his education from the University of Science and Philosophy, Swannanoa, Waynesboro, Virginia. He resides in the transcendental/romantic tradition, that vein of spiritual creativity of the philosopher and poet. His quest has been to define and express an eternal romantic reality from which a man and a woman could together stand in their difference and create a living universe of procreative love. Mr. Anderson began these writings in 1971. The first writings were published in 1985.
On a personal note, when Mr. Anderson was asked to describe the writings and what he felt their message was he responded, "Spiritual procreation. Mankind has yet to distinguish the two sexes on the spiritual level. In this failure lies the root of our problems and why we cannot yet touch the eternal together. The message of man and woman balance brings each of us together in love with our eternal other half right now."
Keywords: Metaphysics, Sex, Relationship, Procreation, Soul, Life, Birth, Love, Desire, Healing "
Toon meer Toon minder