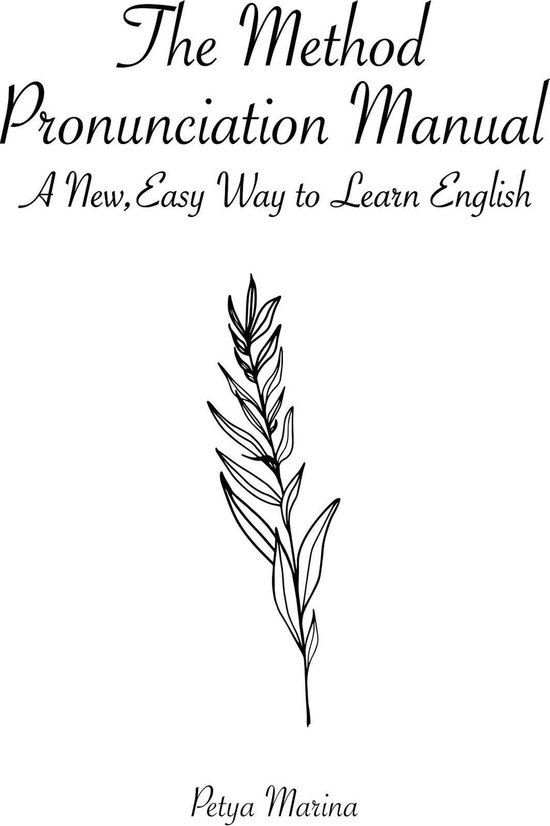 
The Method is a self-help pronunciation manual, containing 5217 words and methods to assist anybody to learn fast, using the natural power of mind, specifically developed with Spanish speakers. Their common mistakes and difficulties led me to develop it, during my work with them since August 2010. It became ever so successful amongst them - business owners, directors of multinational companies, students, YouTube channel owners, representatives of the banking and pharmaceutical industry, football players, teachers, writers, including entire families, people preparing for trips, exams or moving abroad - that they requested me to publish it and make it available for use at home when we are not speaking.


The Method will help you learn the standard British English pronunciation, on your own, without a teacher. It will give you a way to memorise words and phrases, using the natural power of your mind anywhere you are: walking on the street, waiting on queues at traffic lights, supermarkets, banks, waiting for a friend, lift, bus, train or airplane or when you are on them, in the park or on your sofa at home. The Method also has it's own simple way to help you learn spelling by using the connection your hand and brain have.


A brief example of what you'll find in the book follows below.

NOTE: Read the phonetic 'code' on the left hand side of the sign = like you would do in Spanish.

To pronounce this word, make a sound that comes from the throat. (In English it is called 'schwa', represented in dictionaries with 'ə', but for the Spanish speakers I call it 'erupto'. It sounds like the Catalan: cantar, banyar, guanyar or the French: petite, cela; nous ferons; vous serez; rappeler.)

Pronounced like you would 'sábado', 'serpiente', 'semana', 'sol'. No word in English that starts with an 's' will be pronounced 'es'. 'Es' is only the letter in the alphabet. Like you would not say 'esSabado', 'esSerpiente', 'esSemana' or 'esSol'.

The problem here is that when speaking Spanish is fine not to say the words to the end, but it is not the case in English where by missing the end of the word you can actually change its meaning, example for this is: 'like' – gustar, which becomes 'lie' – mentira, by not saying the word to the end.


A lot of vowels of the same kind, like in the of case, 'laiiiiiiK' or vehicle = viIii_k(e)l, mean that you'll have to make that sound longer.

If you see a single vowel like the one in the word 'sssTop' you will have to make the sound 'o' short.


How do you say LinkedIn? Here is the right pronunciation: LinkedIn = linKT_in.


One of the main 'ingredients' for a fluent conversation is a good pronunciation. There is no need to speak like a native, but be understood. If you have to repeat, explain or write down what you want to say – you have lost the fluency of the conversation. Pronunciation is important.