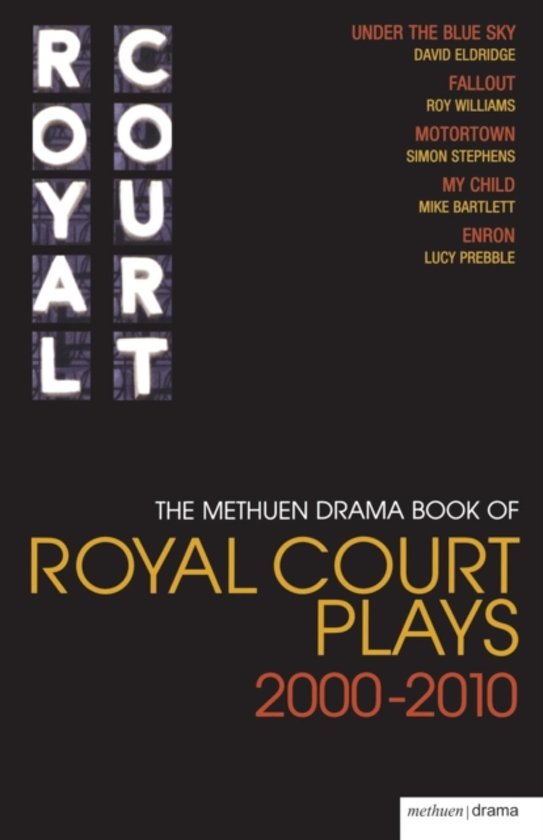 Five of the best plays from the first decade of the twenty-first century produced by the Royal Court Theatre, London. Royal Court Plays 2000-2010 is an essential anthology for anyone interested in the best work from the most important new writing theatre produced during the last decade. Under the Blue Sky by David Eldridge is a touching and comic play about love, war and teaching. Produced in 2000 it was revived on the West End in 2008 and has become a turn-of-the-century classic. Roy Williams' play Fallout was written in response to the killing of Damilola Taylor and the McPherson report into racism in the Metropolitan Police and is an essential play exploring how black teenagers are drawn into violence and mutual mistrust. Motortown is about the 'war on terror' and the war in Iraq. Described as 'an instant modern classic, the first major anti-anti-war play of this era' (What's on Stage) Simon Stephens' play examines the effects of the war on individuals. Mike Bartlett emerged as one of the most exciting young writers of recent times when his play My Child premiered in 2007. A play about fatherhood, broken families and what it means to be a good parent, it was heaped with praise: 'Brutal, thrilling...unmissable' (Evening Standard). The final play, Enron, is an epic satire about the notorious rise and fall of Enron and its founding partners, written by Lucy Prebble. A huge hit and acclaimed by critics and audiences alike, the play transferred to the West End in 2010 and opened on Broadway that same year.
Toon meer Toon minder