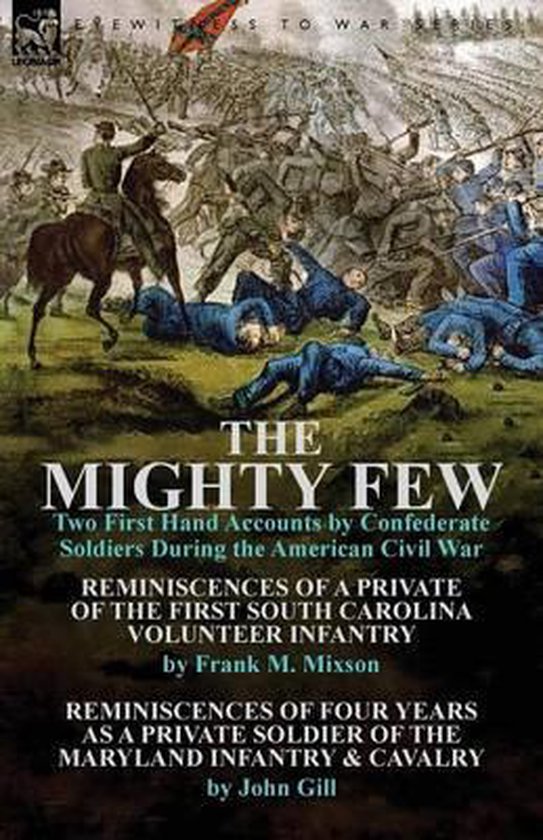 Two excellent Confederate eyewitness accounts
This special Leonaur edition contains two small works combined for good value and each written by a private soldier of the Confederate Army who fought in the American Civil War. The diminutive Frank Mixson, who quite literally ran away to enlist as a child at just fourteen years old, writes about his wartime experiences in the First South Carolina Volunteer Infantry regiment. He saw campaigning and action at Manassas, Sharpsburg, Chattanooga, the Wilderness, Spotsylvania, Petersburg and many other hard fought skirmishes and battles. His finely observed words bring a fresh perspective to the conflict and include details of many incidents as well as personal anecdotes. This is an excellent first-hand account that is all the more incredible because the author was still a juvenile as the war concluded. The second account here is shorter and unless accompanied by another work it may not have seen republication in modern times. The more mature John Gill decided from conviction to serve with those Marylanders who elected to join the cause of the southern states. Few in number, these troops were initially incorporated into the Virginian regiments. Following the theft of his horse prior to enlistment John Gill saw service in the infantry and later in the 2nd Virginia Cavalry and 1st. Maryland Battalion of Cavalry. Confederate accounts of the civil war are notably fewer than those from the Union Army and this book will be a valuable addition to any library of the American Civil War.
Leonaur editions are newly typeset and are not facsimiles; each title is available in softcover and hardback with dustjacket; our hardbacks are cloth bound and feature gold foil lettering on their spines and fabric head and tail bands.
Toon meer Toon minder