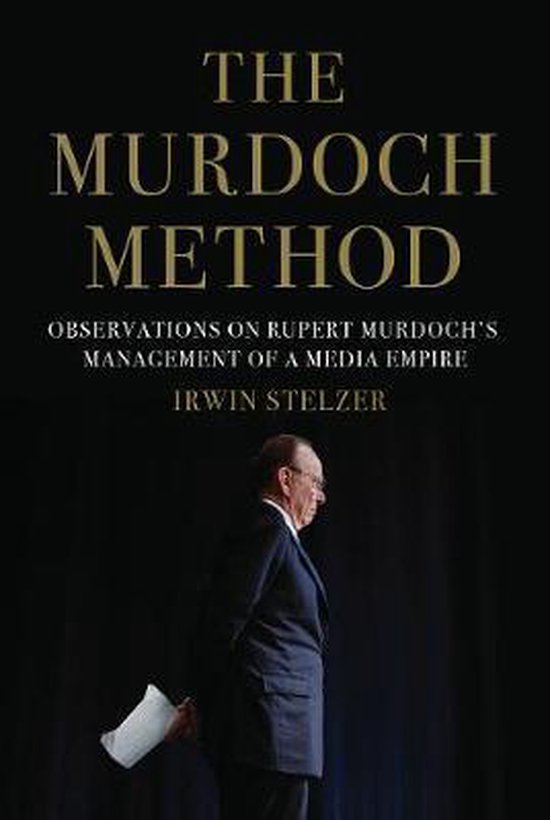 An exclusive, insider viewpoint on the Murdoch Method from his right-hand man and adviser, Irwin Stelzer.Rupert Murdoch is one of the most notorious and successful businessmen of our age. Now, for the first time, an insider within the Murdoch empire reveals the formidable method behind the man. Irwin Stelzer, an adviser to Murdoch for 35 years reveals what makes Rupert tick and how he grew from humble beginnings as the owner of an Adelaide newspaper, to becoming the head of a globe-circling enterprise worth over $50 billion. But this isn't just a straight-forward business memoir. Rather, Stelzer explores what makes Murdoch so unique: whether that be down to his love of taking risks, his mistrust of the establishment, or his unconventional management style. Revealing what really happened during Murdoch's most infamous moments, Stelzer examines how Murdoch navigated both his success and his failures: including his tussles with regulators, his doomed foray into social media, his victories over trade unions, and how he handled the fallout of the News of the World phone-hacking scandal. Venerated, despised, admired and mistrusted, Murdoch has left an indelible imprint on the world of business, media, and politics. Read this engrossing account to find out how he did it.
Toon meer Toon minder