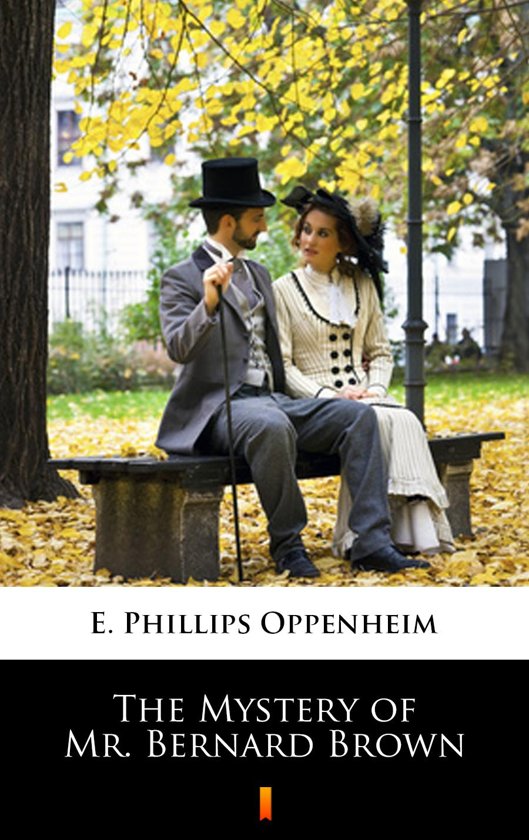 „The Mystery of Mr. Bernard Brown" is an 1896 novel by the British writer E. Phillips Oppenheim. Following the apparent murder of a man, a novelist comes under suspicion. Very enjoyable period piece with lovely descriptions and intense love between hero and heroine. He has to clear his name, as main suspect in a murder and he had sworn revenge and had taken an assumed name. Flashbacks to Italy. Full of rich and influential people with touch of Dickens with Benjamin Levy, the private sleuth who is obsessed with money. The author has acquired an admirable technique of the sort demanded by this novel of intrigue and mystery. Readers of Mr. Oppenheim's novels may always count on a story of absorbing interest, turning on a complicated plot, worked out with dexterous craftsmanship.