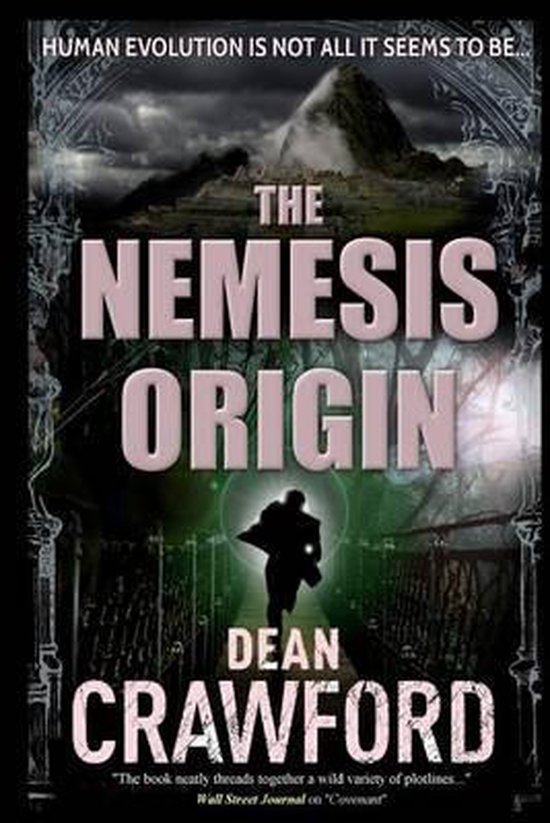 Ancient cultures on continents separated by thousands of miles simultaneously developed identical technologies thousands of years ago despite never having encountered each other. Their legends contain near-identical descriptions of fiery objects that arrived from the sky, of wise beings that brought them knowledge, and of a great flood that destroyed their cities long, long ago. Modern archaeology dismisses these legends as myths. Ethan Warner knows better. Peru, 1571: On a mountain high in the Andes in the last days of the Inca Empire, six children are ritually sacrificed to the Inca God Inti. Entombed in the icy wastes, they have lain awaiting discovery for centuries. They are remarkable for one reason: their skulls are elongated almost beyond recognition. In 1914, intrepid American explorer Hiram Bingham III discovers the lost Inca citadel of Macchu Picchu, and in doing so starts a race to discover one of the greatest secrets mankind has ever known Present day: Former US Marine and investigative journalist Ethan Warner has shunned civilization after five investigations with the Defense Intelligence Agency. Living alone in the wilderness, he is tracked down by Dr Lucy Morgan, a scientist who once found the seven thousand year-old remains of an extra-terrestrial species entombed deep in the deserts of Israel. She brings ominous news: there are more remains being found, and there are people willing to kill to obtain them. Hurled into a global conspiracy that will take them from the deep waters of the East China Sea to the sweltering jungles of Cambodia, from the deserts of Egypt to the soaring heights of the Andes mountains, Ethan and Lucy must locate and excavate the remains of ancient people whose DNA carries both a message and a cure for a disease born of a species not of this Earth, and in doing so save the life of one young child and change the course of human history REVIEWPraise for Dean Crawford:''The fossilized remains of a 7,000-year-old creature dug from the sands of the Negev Desert in Israel become the bones of contention in Dean Crawford's fast-paced debut thriller... The book neatly threads together a wild variety of plotlines.'' - Wall Street Journal cleverly introduced premise assured pacing and plotting - Publishers WeeklyThe action is frenetic, in the vein of Matthew Reillys Scarecrow series. Crawford is an able storyteller who smoothly orchestrates the plots twists and turns   Kirkus Reviews brilliant high-concept, high-octane thriller. - The Guardian''A fast-paced and entertaining yarn.'' - Melbourne Age''Partly mythical read, part thriller this pacy tale is a page turner guaranteed to keep you up late.'' - The Sun ''Get the cameras rollingIndiana Jones meets Alien. What a combination of mystery, suspense, and unspeakable horror. I loved it!'' - R.L. Stine This is an amazingly good, intelligently told novel by an exciting new British author. - Eurocrime''Earth-shattering intrigue, hyperdrive action and a desperate race to save humanity, cranked up to the max with scarily realistic science and apocalyptic religion thrown in for good measure . . . a major new talent has hit the mystery thriller scene!'' - Scott MarianiABOUT THE AUTHORDean Crawford began writing after his dream of becoming a fighter pilot in the Royal Air Force was curtailed when he failed their stringent sight tests. His Ethan Warner series of high-concept novels have regularly featured on the Sunday Times paperback bestseller list and have sold all over the world. A full-time author, he lives with his partner and daughter in Surrey.
Toon meer Toon minder