The Night Of The Rambler 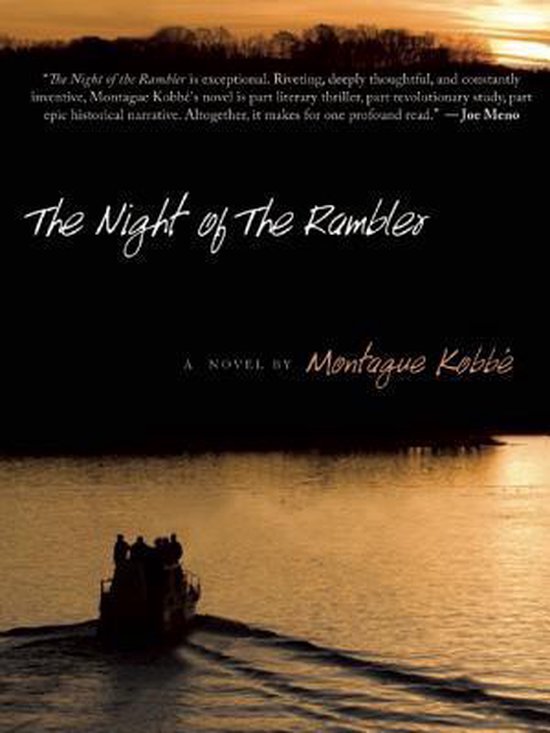 ''Colorful detours into native lore, such as a rich Dutchman's fabled courtship of a local beauty, strike grace notes that echo Marquez...readers...will be rewarded with the little-known tale of how the underdog country demanded its own place in the 20th century.''
--Publishers Weekly

''With tremendous humanity and humor, the novel articulates these themes through the power of the relationships and the urgency each character demonstrates in this quest for self-determination.''
--The Caribbean Writer

''This is a book about revolution and the underdog, about a small, isolated island fighting for recognition, opportunity and justice; it is a compelling tale about a curious historical episode, but also a vital look at priorities, perspective and the right to live in dignity, issues that, much like Anguilla's rebellion of 1967, are all too easily forgotten.''
--The Island Review

''[Readers] will be rewarded with deeper insight into the political and economic turmoil engulfing that region.''
--Historical Novel Society

''Revolution and historic change--words that can remain detached concepts unless we can somehow connect them with their human face and the lives behind them. This is what first-time novelist Montague Kobbé achieves in marvelous style and depth in The Night of the Rambler--weaving a Caribbean tapestry of places, wider events, the individuals shaped by them, and how they ultimately come together to shape events themselves in the times leading to a revolution on Anguilla in 1967.''
--Maco Magazine

''Vivid...funny, and thoughtful. Much like the revolution it covers, it's compelling.''
--Columbia College Chicago/The Review Lab

''However unusual this revolution is, it is a prelude to Anguilla's eventual divorce from St. Kitts and Nevis, before becoming a separate British territory; its unconventional LOL factor could diversify an elective college course on revolutions with something bloody peaceful.''
--New Pages

On June 9, 1967, sixteen men from Anguilla, a forgotten island in the Caribbean, set sail aboard a thirty-five-foot sloop, the Rambler, to make the night-time journey to St. Kitts, where they intended to carry out a coup d'état and install a new government sympathetic to their separatist cause. Set against the turbulent background of world politics in the sixties, The Night of the Rambler tells the story of a misinformed and misconceived plan, carried out incompetently by a group of scarcely trained and ill-equipped amateurs who escape calamity by mere coincidence. And yet, somehow, the main purpose of their mission, the furtherance of Anguilla's struggle to dissociate itself from the newly formed state of St. Kitts-Nevis-Anguilla and to return to the British colonial fold, is significantly strengthened by this, quite possibly the most outrageous episode in the history of revolutions.

Loosely based on the historical facts surrounding the Anguilla Revolution of 1967, The Night of the Rambler unfolds across the fifteen hours that lapse between the moment when the ''rebels'' board the motorboat that will take them across the strait to St. Kitts, and the break of dawn the following day, when it becomes obvious that the unaccomplished mission will have to be aborted. The novel consciously moves away from the ''historical'' category, purposely altering at will the sequence of ''facts'' narrated, collating fully fictional episodes with vaguely accurate anecdotes and replacing the protagonists with fictional characters. At turns highly dramatic and hilarious, Kobbé brings deep honesty to the often-unexamined righteousness of revolution.

With echoes of Salman Rushdie's Midnight's Children, Junot Díaz's The Brief Wondrous Life of Oscar Wao, and Mario Vargas Llosa's Conversation in the Cathedral, The Night of the Rambler touches upon the universal topics of freedom and self-determination with humor and sensibility, creating an alternative reality that is informed by real life but ultimately governed by the uncanny.
Toon meer Toon minder