The No News Is Bad News Blues 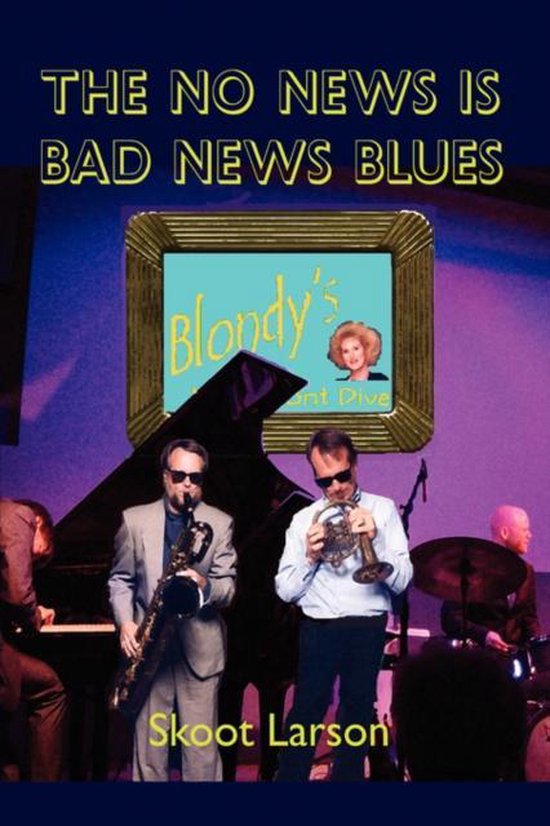 Aging trumpet player Lars Lindstrom wakes up one morning to find a dead body on his patio . . . Or does he?Jazzman Lindstrom takes the mans wallet inside to give a name when he calls the police, but when officers arrive, they dont find a body or any signs that a corpse was ever in his garden at all.


The wallet Lindstrom is holding, however, belongs to a terrorist suspect on the Homeland Securitys Most Wanted list, which sparks interest at nearly every law enforcement agency from the FBI on down.The hip talking Lindstrom find that, as a minor celebrity in the Port of Los Angeles town of San Pedro, he not only makes a fine patsy for a ring of Middle Eastern terrorists, but also a rich piece of bait for the men out to stop them.


Lindstrom just wants to put it all behind him, keep a low profile and play his music.But in order to do that, he has to find some answers for himself as well as for the two sides playing him against each other.


The search takes Lindstrom from his regular gig leading the house band at Blondys Waterfront Dive to Oslo, Norway where the suspected terrorist have their secret hide-out, and back.Changing planes in Heathrow is enough to get the British involved as well.


Can a slightly alcoholic musician with a phobia of taking a punch in the mouth that might split his lip and cost a week of work become a true secret agent?In a Zen-Jazz Mystery, anything is possible.