The Nobility of Wilderness Travels in Algeria 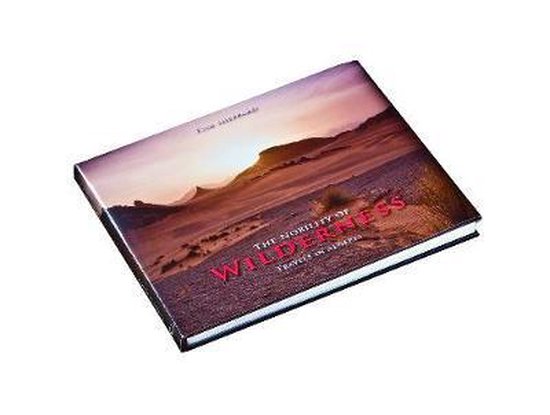 Michael Palin, President of the Royal Geographical Society wrote of the author, in his book Sahara : 'Tom Sheppard, doyen of the desert.' '...a passion...for this part of the Algerian desert'; '...quick, elfin-like energy'; '...boyish...'. Sheppard's passion, sense of wonder and energy show through in this book. Algeria is bigger than Western Europe but the Sahara's landscapes are known to few. This book is a hymn to their beauty and pristine majesty. No mere picture book, it is a personal account with a strong message at the end. To get the feel of Algeria there is first a little on the non-wilderness - the places against which to compare the majesty of the remote areas: the towns, settlements, people, the transport. And the weather, water, trees - the tools that create, nurture and perfect the wonder of the wild places. The author travelled alone, many miles off known tracks - six solo expeditions over an eight year period, and many before; in solitude, awe, wonder and supreme contentment. His defence of and passion for this unspoiled environment is matched by his passion to protect it. It features superb photography and the highest print and production standards. Buzz Aldrin, the second man to set foot on the moon, exclaimed 'Magnificent desolation!' when he stepped down from the lunar lander. He would have been moved by the Algerian Sahara. But desolation is not the ideal word for this majestic, pristine wilderness. Such raw, dignified landscape touches a nerve in all who encounter it - especially, and ideally, if they are alone to savour the solitude without distraction. Such rare good fortune was Tom Sheppard's in journeys and explorations most recently spanning eight years in Algeria's remotest regions. Many years' desert expeditioning preceded these journeys - years in which the magical combination of landscape and light became embedded in his very soul. The success of Sheppard's recent book Quiet for a Tuesday , the story of his 2006 trip in which the confiscation of his maps and satellite images led to a carefully considered but challenging 700-mile off-tracks sector without either, has led to this book - following on from the acclaimed photography illustrating the earlier publication. Here, whilst eschewing the ungainly proportions and over-enlargement too often associated with books of this type, full rein is given to the breathtaking scenery the Algerian Sahara has to offer. Sheppard, in a sensitive and well-reasoned final section, has proposed Protected Area status for a large area of Algeria's south eastern Sahara. We have gone to exceptional trouble in the printing standards and binding of this book - super-fine, stochastic ('screenless') printing and, exceptionally, sewn 12-page sections to facilitate lie-flat when viewing the many double-page spreads. The photography that depicts Saharan landscapes' beauty, solitude and tranquillity - the very core of the book and the author's motivation in making his solo desert expeditions over the years - has been rendered with accuracy and a full tonal range.
Toon meer Toon minder