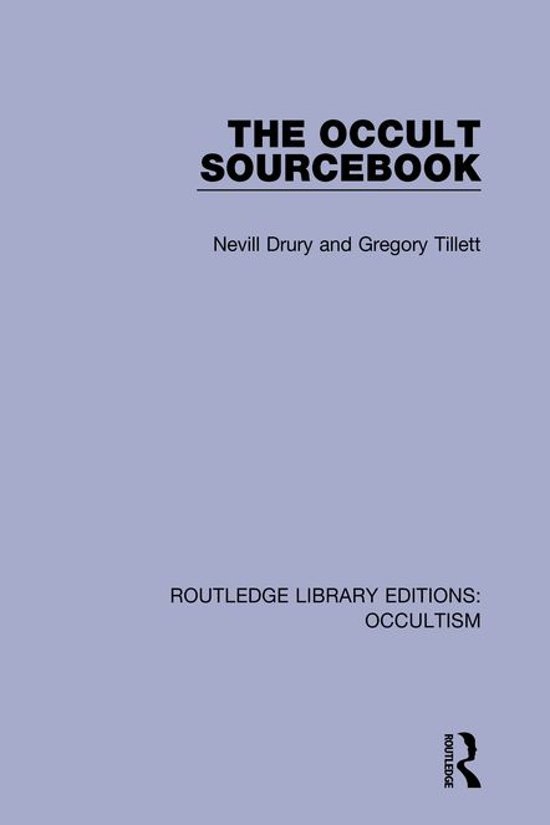 Originally published in 1978, The Occult Sourcebook has been compiled primarily for the many people who are for the first time becoming engrossed by the numerous and often confusing possibilities underlying the occult sciences. It consists of a series of articles on key areas, providing the reader with easy access to basic facts, together with a carefully planned guide to further reading. Critical comments on the recommended books allow the reader to select those which best suit their interests. The authors have also included a "Who's Who of the occult' to provide short biographies of some of the more amazing figures who have already travelled down the mystic path. The book offers a programmed system of exploration into the realms of the unknown. It will be invaluable to the increasing number of people who are concerned with the exploration of enlarging human consciousness.