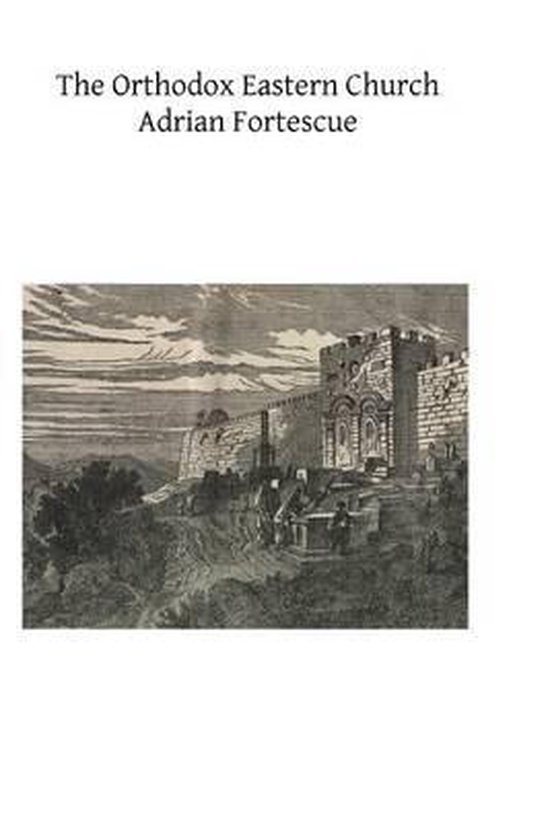 THIS little book is intended to supply not so much matter for controversy as a certain amount of information about the Orthodox Church. People in the West have too long forgotten that enormous mass of their fellow Christians who live on the other side of the Adriatic Sea and the river Vistula, and now that Anglicans especially have begun to take an interest in what they look upon as another branch of the Church, it seems regrettable that English Catholics as a rule have only the vaguest and the most inaccurate ideas about the people whom they confuse under the absurd name of "Greeks." During the late war one saw how widespread were such ideas as that the Russian clergy were under the Patriarch of Constantinople and said Mass in Greek. It is chiefly with the hope of rectifying such mistakes that the book has been written. There is nothing in it that has not been said often and better before, and the only excuse for its publication is that there does not seem to be yet anything of the kind from the Catholic point of view in English. As it is written for Catholics I have generally supposed that point of view and have not filled up the pages by repeating once more arguments for the Primacy, Infallibility of the Pope and so on, such as can be easily found already in the publications of the Catholic Truth Society.…The other point is the use of the word Orthodox. Since the schism I have called the people in union with the Ecumenical Patriarch so. Of course the name then has a special and technical meaning. Orthodox in its real sense is just what we believe them not to be, But, in the first place, it seems impossible to find any other name. Eastern is too wide, the Copts and Armenians form Eastern Churches, Schismatic involves the same difficulty, besides being needlessly offensive. We do not in ordinary conversation speak of Protestants as heretics.The name commonly used, Greek, is the worst of all. The only body that ever calls itself, or can with any sort of reason be called the Greek Church, is the Established Church of the kingdom of Greece j and that is only one, and a very small one, of the sixteen bodies that make up this great Communion. To call the millions of Russians, who say their prayers in Old Slavonic and obey the Holy Synod at Petersburg, Greeks is as absurd as calling us all Italians. There is no parallel with our name Roman. We use the Roman liturgy in the Roman language and obey the Roman Patriarch. They use the Byzantine liturgy in all sorts of languages, and the enormous majority obey no Patriarch at all. Byzantine Orthodox would more or less correspond to Roman Catholic, but the Byzantine Patriarch has no jurisdiction outside his reduced Patriarchate and occupies a very different position from that of the Roman Pope. And then courteous and reasonable people generally call any religious body by the name it calls itself. We have no difficulty in speaking of Evangelicals in Germany, the Church of England at home, and the Salvation Army everywhere. Of course one conceives these names as written in inverted commas, like those of the Holy Roman and the Celestial Empires. In the same way most people call us Catholics. Naturally all Christians believe that they are members of the Universal Church of Christ, and most of them profess their faith in it when they say the Creed. The way in which High Church Anglicans have suddenly realized this and have discovered that they would give away their own case by calling us Catholics is astonishingly naive. Of course they think that they are really Catholics too so do all Christians. And we never imagined that we are called so except as a technical name which happens to have become ours, and which even Turks give only to us. The body about which this book treats always calls itself the Orthodox Eastern Church, and in the East we call them Orthodox and they call us Catholics, and no one thinks for a moment that either uses these names except as technical terms.
Toon meer Toon minder