The Other Side Of Harry A Schizophrenic Parent 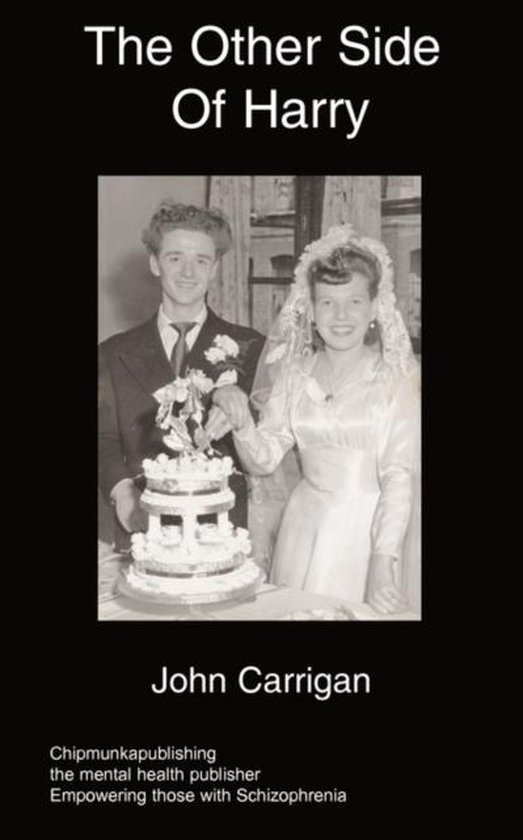 
Description
This book is a tour de force of personal experience. John takes the reader through the story of his life, beginning with his childhood in a family obviously full of love and yet, at the same time, suffering with the schizophrenia of the father.
John offers us a slice of history as his story begins in 1926, with the birth of his father. The reader is reminded of the past conditions facing all of society, including the sufferers and carers of sufferers of mental ilness.
But in the end this is a story of love and family and of one man's bravery and ability to overcome all odds.
For these reasons and many more this book is an essential addition to the Chipmunka shelves.
About the Author
John Carrigan is an actor and a martial arts instructor. Born at the Elephant and Castle in South London in 1957, he grew up surrounded by his father's illness, "schizophrenia," which affected every facet of his family life.
John began training in the martial arts in 1972, studying the Chinese arts as well as Karate and went on to become a 3rd Dan Karate Black Belt, also gaining rankings in several other martial arts along the way. John was a great follower of the legendary Bruce Lee so he went to the USA to seek out the original students of Master Lee.
He was accepted as a student under Sifu Richard Bustillo and went on to become a full instructor in Bruce Lee's Jeet Kune Do. John still practises the martial arts today, running his own school in England, teaching the art and philosophy of JKD.
John first got bitten by the acting bug in 1970 while still at school, when he and some of his fellow pupils were chosen to be in a feature film called Melody, but it was not until 1982 that he began to pursue his second passion in earnest. John had put his martial skills to use by becoming a bodyguard to many celebrities and dignitaries, and it was after acting as security for the cast of the original Star Trek TV series that John was introduced to Star Trek's creator, Gene Roddenberry, who inspired and advised John to Boldly Go and become and actor. Following Gene's advice, John tested for and won a place in a stunt team called The Stunt Action Service, which led to years of touring Britain and performing live stunt and stage shows.
During his time with the team, John also began to study Drama and eventually earned a coveted Equity Card. He left the team to concentrate on the big and the small screen, appearing first in small walk on parts and in stunt work and continuing onward and upward to leading film and TV roles in the UK and abroad, roles which have included acting in a remake of the classic series, Star Trek.
Toon meer Toon minder