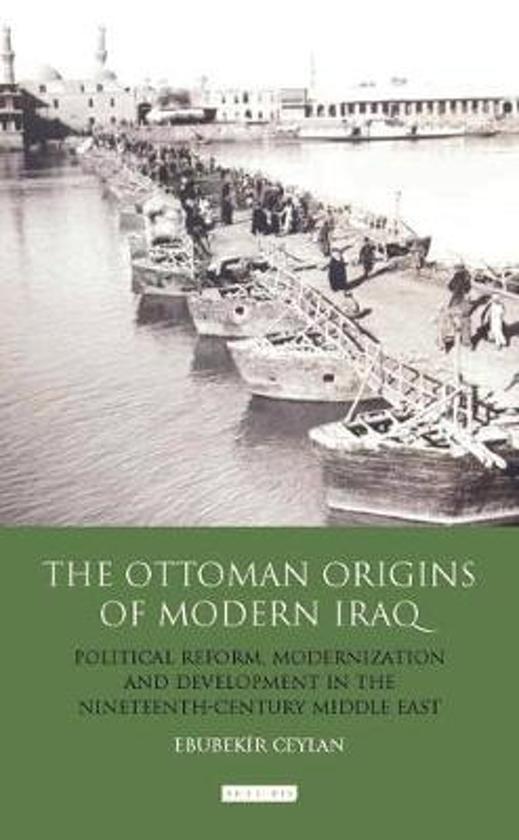 As a result of the various reforms of the mid-nineteenth century Tanzimat ('reorganisation') era, Ottoman authority in Iraq was much stronger and better administered by the 1870s, than it had been when the Ottomans imposed direct rule over the region in the 1830s. Drawing upon original source documents, Ebubekir Ceylan provides the first comprehensive study of the Tanzimat reforms in Iraq in the nineteenth century, focusing on aspects of political reform, modernization and development and analyzing both the successes and failures of the reform process. The reforms included administrative and military centralization, the establishment of provincial councils and these, as well as the Ottoman tribal policy and the Ottoman contribution to the modernization of urban life and infrastructure. Ceylan demonstrates that the origins of modern Iraq can be found in the period of Ottoman rule in the nineteenth century.
Toon meer Toon minder

'Ebubekir Ceylan is one of the up-and-coming historians of Ottoman Iraq. In this, his first book, he takes a fresh look at a much-neglected part of Iraq's history, the period between the end of Mamluk rule in 1831 and the reorganization of the provinces (and tribal countryside in-between) of Iraq under Midhat Pasha (1869-72). Unlike previous histories that tend to look at Iraq from above, Professor Ceylan argues successfully that Ottoman reforms should be seen as an interplay between the imperial capital and the so-called periphery which was Iraq. In this, he has made ample use of archival, literary and consular material to redraw the contours of a crucial period in the country's history. Often overlooked because of its seemingly haphazard governance, its tribal rebellions and the sometimes contentious relations of the province with Istanbul, the period between 1831 and 1872 emerges as the necessary background to Ottoman centralization, an era in which Tanzimat regulations were not so much imposed on Iraq as adjusted or adapted to the country. Thus by arguing that the Tanzimat era was a period of experimentation in Iraq, as in other troublesome provinces of the Empire, Professor Ceylan makes a subtle and intelligent case for extending the reformist roots of Iraq to before the government of Midhat Pasha, so often seen (somewhat incorrectly) as the reformist governor par excellence of Iraq. By so doing, the author of this informative book gives the country a longer perspective on modernity and the development of a reformist political and administrative tradition.' - Hala Fattah, independent scholar, Amman, Jordan; 'This manuscript will prove valuable for anyone who has more than a casual interest in the history of Iraq. The common tendency since the American invasion has been to think of modern Iraq as essentially the creation of the British, with a quantum leap to Saddam Hussein and the American invasion. Dr. Ceylan's book shows how we ignore the Ottoman period as a critical antecedent of many of today's conflicts and contradictions.' - Prof. Selim Deringil, Bogazici University, Istanbul
Toon meer Toon minder