The Oxford Encyclopedia of the Modern Islamic World 4-vol. set 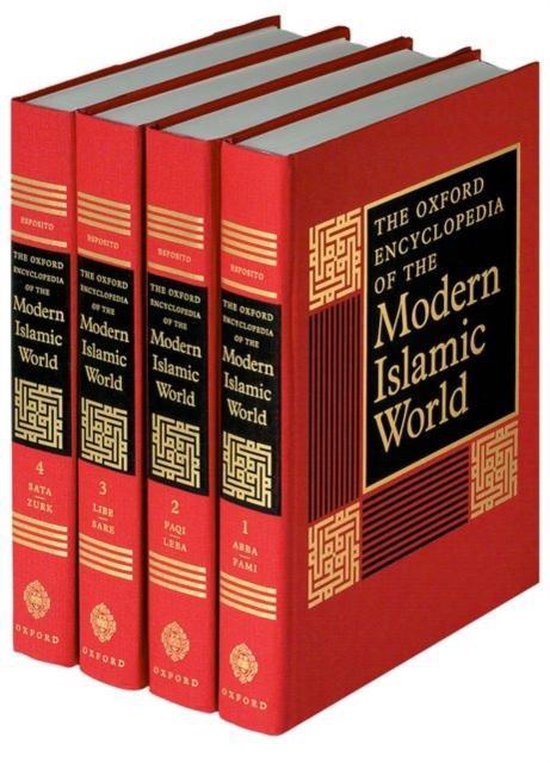 This unique reference is the first comprehensive encyclopedia dedicated to institutions, religion, politics, and culture in Muslim societies throughout the world. Placing particular emphasis on the nineteenth and twentieth centuries, The Oxford Encyclopedia of the Modern Islamic World contains over 750 articles in four volumes. The focus throughout is on the Islamic dimension of the Muslim experience in recent history, and background articles ground the information in its historical context and ensure continuity. Entries address political and social action as well as formal texts, and emphasis is placed on the practice and theory of Islam in Muslim societies around the globe. Unlike more limited explorations of Islam, this work looks at Muslim societies in the Arab heartland as well as in South and South East Asia, and even in Europe and the Americas. It is thus an invaluable resource, offering extensive comparative and systematic analyses of Islamic beliefs, institutions, movements, practices, and peoples on an international scale. Topical categories covered include history and geography; schools of thought; religious beliefs; theology and philosophy; mysticism; religious practice, devotionalism, and ritual; religious law; politics; economics; culture and society; and biographies. Alphabetically arranged articles range from brief 500-word essays to major interpretive and synthetic treatments of topics such as the Islamic state, pilgrimage, law, marriage, and foreign relations. Related entries cover such topics as social and political movements, women, Muslim minorities, human rights, Islam in the West, and interreligious affairs. Truly multidisciplinary, this work reflects the breadth and depth of contemporary scholarship in Islamic studies, combining the tools of the humanities and social sciences to examine the interrelationship of religion, politics, and culture in Muslim societies and to explain the changing realities of Muslim life. Designed for easy use by both scholars and students, the work has an index and an extensive system of cross-references that provide easy access to the network of related articles throughout the encyclopedia. Entries are written by Muslim and non-Muslim scholars from around the world.
Toon meer Toon minder