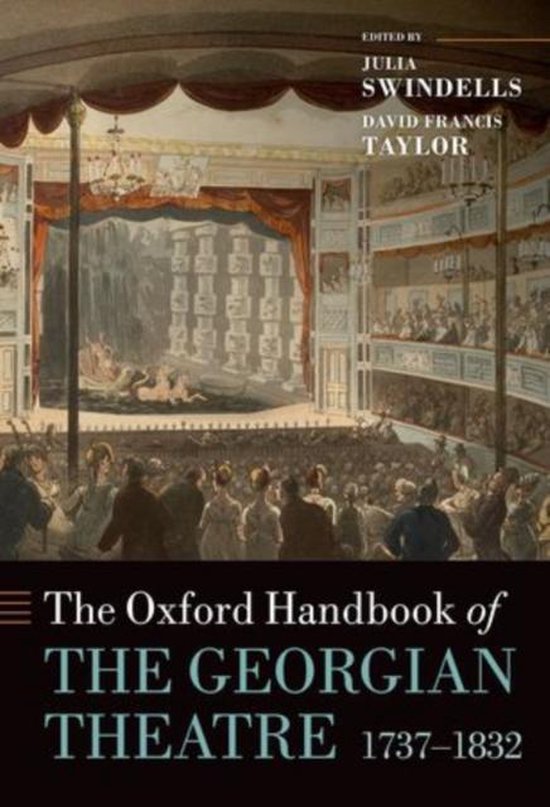 The Oxford Handbook of the Georgian Theatre 1737-1832 provides an essential guide to theatre in Britain between the passing of the Stage Licensing Act in 1737 and the Reform Act of 1832 -- a period of drama long neglected but now receiving significant scholarly attention. Written by specialists from a range of disciplines, its forty essays both introduce students and scholars to the key texts and contexts of the Georgian theatre and also push the boundaries of the field, asking questions that will animate the study of drama in the eighteenth and early nineteenth centuries for years to come.

The Handbook gives equal attention to the range of dramatic forms -- not just tragedy and comedy, but the likes of melodrama and pantomime -- as they developed and overlapped across the period, and to the occasions, communities, and materialities of theatre production. It includes sections on historiography, the censorship and regulation of drama, theatre and the Romantic canon, women and the stage, and the performance of race and empire. In doing so, the Handbook shows the centrality of theatre to Georgian culture and politics, and paints a picture of a stage defined by generic fluidity and experimentation; by networks of performance that spread far beyond London; by professional women who played pivotal roles in every aspect of production; and by its complex mediation of contemporary attitudes of class, race, and gender.
Toon meer Toon minder