The Oxford History of Classical Reception in English Literature Volume 1: 800-1558 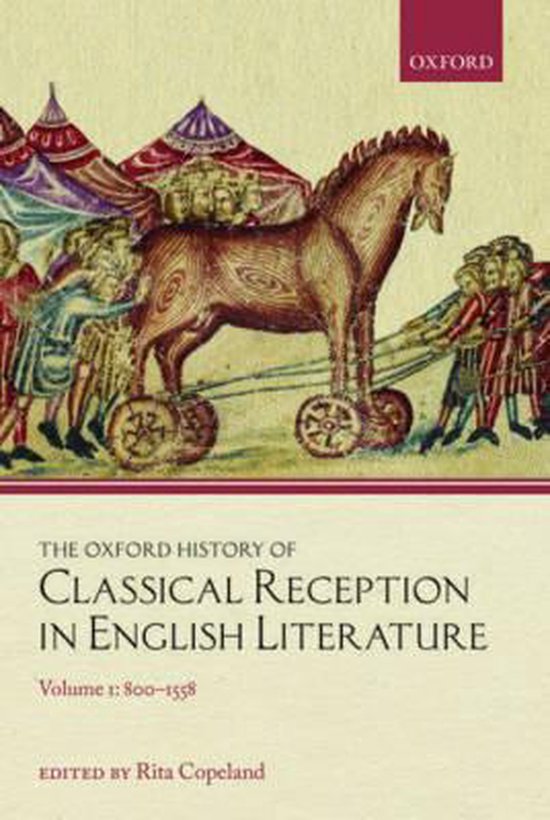 The Oxford History of Classical Reception in English Literature (OHCREL) is designed to offer a comprehensive investigation of the numerous and diverse ways in which literary texts of the classical world have stimulated responses and refashioning by English writers. Covering the full range of English literature from the early Middle Ages to the present day, OHCREL both synthesizes existing scholarship and presents cutting-edge new research, employing an international team of expert contributors for each of the five volumes. OHCREL endeavours to interrogate, rather than inertly reiterate, conventional assumptions about literary 'periods', the processes of canon-formation, and the relations between literary and non-literary discourse. It conceives of 'reception' as a complex process of dialogic exchange and, rather than offering large cultural generalizations, it engages in close critical analysis of literary texts. It explores in detail the ways in which English writers' engagement with classical literature casts as much light on the classical originals as it does on the English writers' own cultural context. This first volume, and fourth to appear in the series, covers the years c.800-1558, and surveys the reception and transformation of classical literary culture in England from the Anglo-Saxon period up to the Henrician era. Chapters on the classics in the medieval curriculum, the trivium and quadrivium, medieval libraries, and medieval mythography provide context for medieval reception. The reception of specific classical authors and traditions is represented in chapters on Virgil, Ovid, Lucan, Statius, the matter of Troy, Boethius, moral philosophy, historiography, biblical epics, English learning in the twelfth century, and the role of antiquity in medieval alliterative poetry. The medieval section includes coverage of Chaucer, Gower, and Lydgate, while the part of the volume dedicated to the later period explores early English humanism, humanist education, and libraries in the Henrician era, and includes chapters that focus on the classicism of Skelton, Douglas, Wyatt, and Surrey.
Toon meer Toon minder