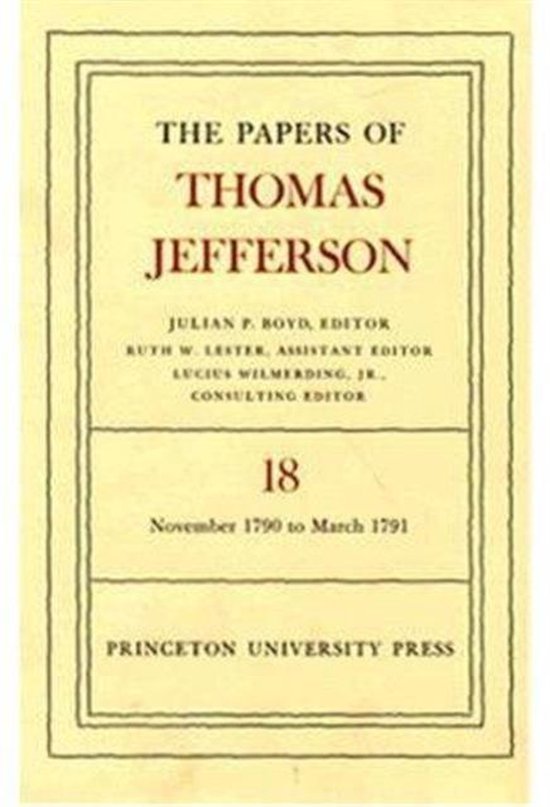 Volume 18, covering part of the final session of the First Congress, shows Jefferson as Secretary of State continuing his effective collaboration with James Madison in seeking commercial reciprocity with Great Britain by threatening--and almost achieving--a retaliatory navigation bill. During these few weeks Jefferson produced a remarkable series of official reports on Gouverneur Morris' abortive mission to England, on the first case of British impressment of American seamen to be noticed officially, on the interrelated problems of Mediterranean trade and the American captives in Algiers, and on the French protest against the tonnage acts. All of these state papers reflected the consistency of Jefferson's aim to bolster the independence of the United States, to promote national unity, and even, as his report on the Algerine captives indicates, to lay the foundations for American maritime power. This volume reveals Jefferson's continuing interest in a unified system of weights and measures, his effort to create a mint, and his concern over executive proceedings in the Northwest Territory. It contains also his suggestions for the President's annual message and his first encounter, at the hands of Noah Webster, with Federalist ridicule of his interest in science. Despite his heavy official duties and the confusion into which his household was thrown when 78 crates of books, wines, and furniture arrived from France, Jefferson never failed to write his promised weekly letter to his daughters and son-in-law under the alternating plan which obligated each of them to write only once every three weeks. The record of this time of extraordinary pressure shows that Jefferson retained his usual equanimity except when, after a full two months, he failed to receive any scrap of writing from the little family at Monticello.
Toon meer Toon minder