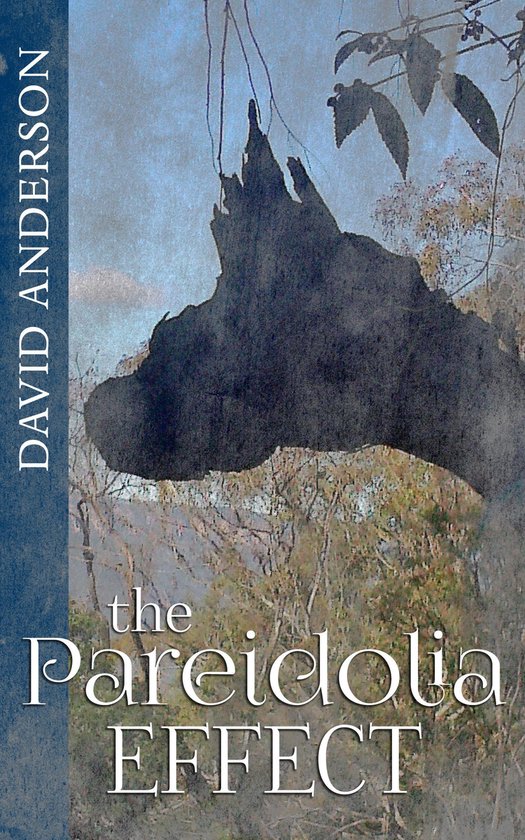 In these two books of short stories, The Other Side and The Pareidolia Effect, the reader travels on a journey upon pathways where tales veer into sci-fi, fantasy, human torment, or even murder. In The Troxler Effect, purchasing an antique mirror in Paris may be a mistake that costs a couple their sanity and marriage. The Hairdresser introduces a short, chunky hair snipper named Murray. An interest in the occult leads him on a one way adventure to the shadowy side of human despair. Ancient Egypt's Gods still prove formidable foes in The Golden Statue Of Lord Carnarvon and The Return Of The Mummy. The latter written in the old style of the Masters of horror. A red neck Vietnam veteran in his twilight years, is offered a release from his disease - but at a price, in Youth In Asia. A woman's relaxing sojourn in a park is interrupted by a visitor that may change the world as we know it, in The Other Side Of Here. What if you knew someone was going to die in three days? Would you tell them, even if you had never met them? The Impetuous Epitaph provides the answer.

Many of David's stories have been written from ideas he perceives in his daily life. As a part time actor he sometime attends auditions, and therefore The Audition came to mind when he noticed the same man at many auditions. A man who nearly always got the role. What if you could find a devious way to kink his armour - would you try it? Of course David wouldn't - or would he? Brief respite with a few poems, and also stories on a lighter note, are included to help you catch your breath. Faeries At The Bottom Of The Garden introduces Elsie sitting by her backyard pond when she is visited by - well, we can't give that one away. A gift from a father to his daughter of an old magic set for her birthday, opens a Pandora's Box, in The Old Magic Set.

Returning to the dark void, In The Makeup Case, journalist Peggy Woodward's interview with gothic film and stage star, Olga Krahl, leads her to more than a magazine exclusive, while The House Sitters takes an English couple on a housesit in Sardinia on less than an enjoyable stay. Reviving old mysteries, did aliens visit Roswell, USA in 1947? An old farmer may provide an answer in The Roswell Incident. While a new twist on Jack The Ripper is suggested in The Submissive Assassin.

In The Phantom Spitfire, a pilot returning from an assignment over Germany finds there is another mission to complete before he can retire his goggles; many decades after WW2 ends. In The Second Coming, a visitor turns up at Woodstock, and two hippies argue as to whether he is really a bigger star than any performer onstage at the Festival. Or is it all a hallucinogenic dream? A magician and his beautiful daughter in The Great Bottini cause a night show host to lose his head in love. Is it an illusion or has he really lost it?

Two boys in a Kansas wheat field hold the future of the world in their hands in The RH Factor when they encounter two strangers, while a man sitting on his porch in The Pareidolia Effect sees a man hiding in the branches of a tree, and it consumes his every waking moment. Also in Incident At A Massacre, three horse traders around a campfire near The Little Big Horn, the night before the bloodbath, discover their friendship is about to undergo a trial that may end their camaraderie and uncover old forgotten wounds.

David hopes you enjoy these tales, and once again, pleas, beware of the unexpected.