The Partisan Leader A Novel. and an Apocalypse of the Origin and Struggles of the Southern Confederacy 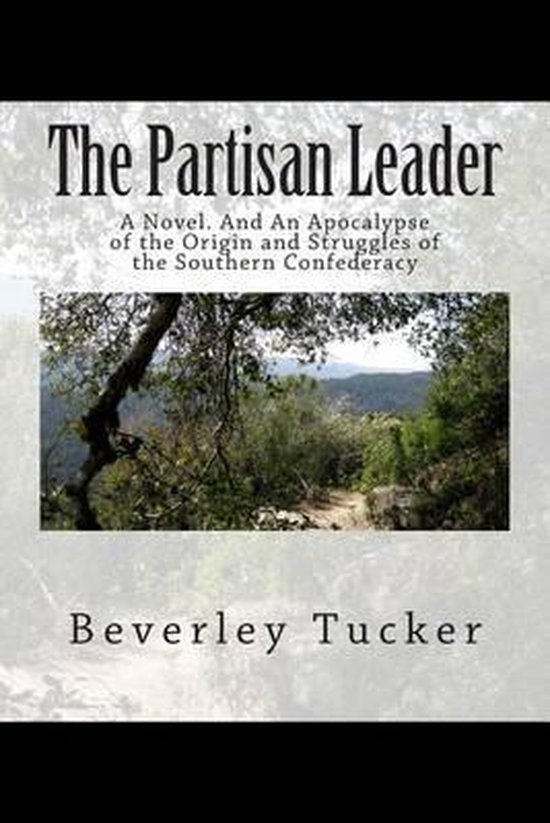 IT is said of Mr. Burke that he could take a survey of the political sky and tell the destiny of nations for twenty years to come. Judge TUCKER has literally done this, as far as the American people are concerned, as will be found strikingly illustrated in the work before us. Written and published in 1836, but bearing in its imprint the date of 1856, and intended as a tale of the future, applying to the intervening period, it has substantially foretold the great leading features of the history of the twenty-five years intervening between the time of its first publication, and this eventful era, at which it is again given to the public. In following the history of the hero through the strange vicissitudes of love, and war, and wild adventure--glowing now with the roseate tinge of sentiment, and, anon, with the fiery hue of tragedy, the reader will be amazed to see the incidental mention of the great historical facts which have, in the last eighteen months, marked the disintegration of a vast republic, and the organization and struggles of a new one. The secession of the more Southern States--the formation of the ''Southern Confederacy''--the hesitation of Virginia--the arguments which fifteen months ago resounded, from the Chesapeake to the Ohio in favour of her seceding and ''accepting the invitation to join the Southern Confederacy''--the ''pretext'' on which the Northern army was raised; ''the apprehension of hostilities from the Southern Confederacy''-- the war--the effects of the blockade, even to its influence upon the article of common salt, etc., etc., seem as familiar to the pen of the great political seer, as if he had actually been a participant ''in the great struggle'' which he writes, ''I witnessed and partook.'' The reader will realize, perhaps, more amusement, though less of wonder, to see as thorough appreciation of Yankee character, as well in small things and in great, as the lights and shadows of twenty-five additional years of peace and war afford. ''He surely had read some of McClellan's reports,'' was the playful remark of an intelligent friend, as we read the account of Col. Trevor's defeat, and his official report, which ''lies like truth, and yet most truly lies.''
Toon meer Toon minder