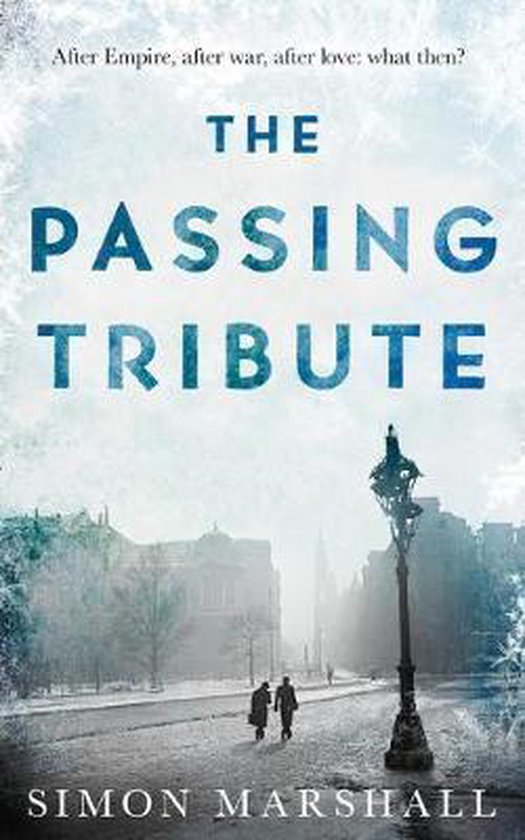 Set in the immediate aftermath of the First World War in Italy, Austria and London, two brothers (Richard and Edward Wilson) find themselves travelling in opposite directions at the war's end. After four years of internment in an Austrian camp, Richard returns to England disillusioned by both the war and his Methodist faith, whilst Edward, a junior officer in Italy, is ordered north to Vienna as part of the British Army's Relief Mission to Vienna. It will be a return to the city he had been forced to leave in shame five years before. But it is not the same city: Vienna is no longer the administrative heart of an Empire of sixty million, but a provincial capital ravaged by starvation and disease, bereft of fuel and paralysed by the winter snows. Befriended by one of the nurses from the mission, Millie, Edward quickly learns that for some women the liberating effects of the war mean that they will never go back to their lives of the past. Nor, he realises, can he. For what good would he serve in England? And what good would it do to find a girl he had once loved and left again? The future, however, is not in his hands. Soon the moral obligation that drives his commitment to the mission is weakened by the actions of those around him, as the men under his command grow increasingly restless at not having been demobilised, and Millie will do what she wills. The arrival of Colonel Linton on a special mission to protect the Emperor from the assassin's bullet will prove the ultimate test for Edward to determine which action is right, and which is wrong. After all, as Colonel Linton well knows, the man on the spot will always have power over the one who is not. In London Richard's disillusionment is swiftly banished when he meets the dashing, idealistic Under-Secretary at the new Ministry of X. The Under-Secretary's dazzling vision of a new, federal Europe to replace the old Habsburg Empire will be the first step in the eradication of the divisive national borders. It is the same vaulted ambition that had driven Richard's father. But as the shadowy politics of the Paris Peace conference begin, the Under-Secretary is obliged to descend from his noble heights in order to strike a Faustian bargain with the Prime Minister's ruthless pragmatism in the pursuit of his ideals. And when Richard meets the young Belgian refugee, Helene, he too (like his father) will have to strike a bargain; for love is as much about belief as any ideal. With the brothers estranged by distance and time, their lives become unknowingly entwined in the plot to assassinate the Austrian Emperor. The Emperor, refusing both abdication and exile, is holed up with his family in a hunting lodge on the Slovak-Hungarian border, surrounded by revolution. He too has a choice to make: but if he leaves, will he ever return? The end of the war is only the beginning of their struggle.
Toon meer Toon minder