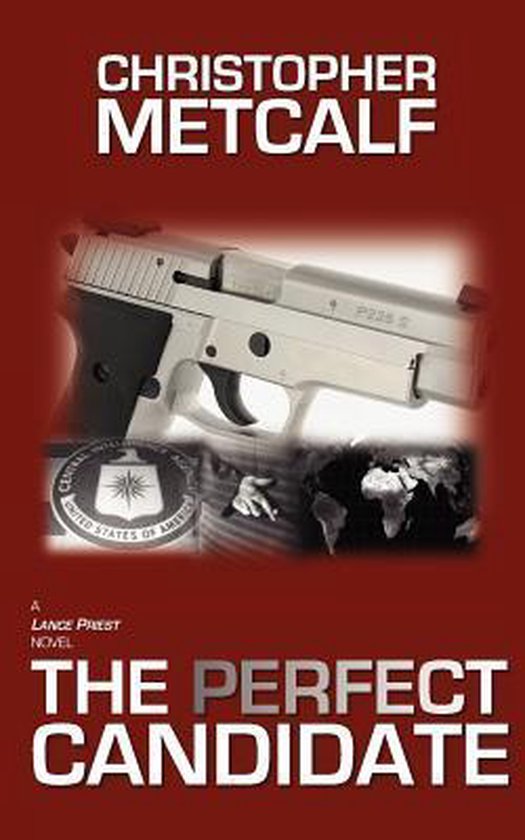 Enjoy the Lance Priest / Preacher spy-thriller series. Book I: The Perfect Candidate Book II: The Perfect Weapon Book III: The Perfect Angel Book 3.5: en el Medio Lance Priest is 21, a college student and a part-time used car salesman. He's also a liar, a chameleon, a different person to everyone who meets him. This makes him unique. It also brings him to the attention of the CIA and those tasked with finding that one person who can do what others cannot. Lance may be THE PERFECT CANDIDATE. To prove he has what it takes, Lance must pull off impossible covert missions and defeat deadly operatives plotting to sell nuclear warheads to a murderous regime on the eve of Operation Desert Storm. There is no guarantee Lance will succeed, let alone survive. If Seibel's training doesn't kill him, a deadly Saudi assassin and a pair of lethal former KGB agents just might. And then there is Marta Sidorova, a rogue KGB operative who kills almost everyone she meets. Things will get messy. Life will never be the same for Lance. But in a perilous world where ruthless killers don't play by the rules, it is good to have a natural born killer like Lance on your side. From Tulsa, Oklahoma to Dallas to Washington, D.C. to Jeddah, Saudi Arabia to Baghdad, Lance travels a path he never imagined. He joins the Army as his cover, trains with elite espionage operatives and uses his innate skills to learn Russian and Arabic. His journey, always guided by Seibel, takes him far from home and deep into a world few will ever see. Spies, assassins, terrorists, Delta Forces, and others populate this secret, clandestine and dangerous world where life and death are separated by the razor sharp edge of a blade or the sound of a silenced bullet. Lance will need to master this world using his unique talents. Preacher's ability to see the environment around him like looking down on a map gives him a unique perspective. A lifetime of running gives him a fitness level above most, as well as a "cranial clock" always keeping time. The almost constant soundtrack playing in his head sometimes gets in the way, but that's just Lance. Review of Metcalf Books: Metcalf has really delivered a great series. I highly recommend all of the "Preacher" books. They are all a little strange, but they are great stories filled with twists and turns that will keep you up late at night turning pages. -conquistador I read a lot of books and only feel compelled to write a review on those books that stand out for some reason and this book rose to the top of my list as one of the best books I've read in a while. -The Book Lady Finally an author has created a unique character. No he doesnt have the requisite green eyes that are so trite. No he is not suave and yet rugged. His character is unique. As is this author. This is a book to save and to savor. -Craig S. Parker The lead character in The Perfect Candidate - Lance Priest - is fascinating, compelling and often difficult to like. Priest's training, skills and assignments have revealed his unique combination of assets and liabilities and the story of his development and performance is utterly riveting. The Perfect Candidate is a thrilling read that never allows the reader to catch his breath. -Kelja10
Toon meer Toon minder