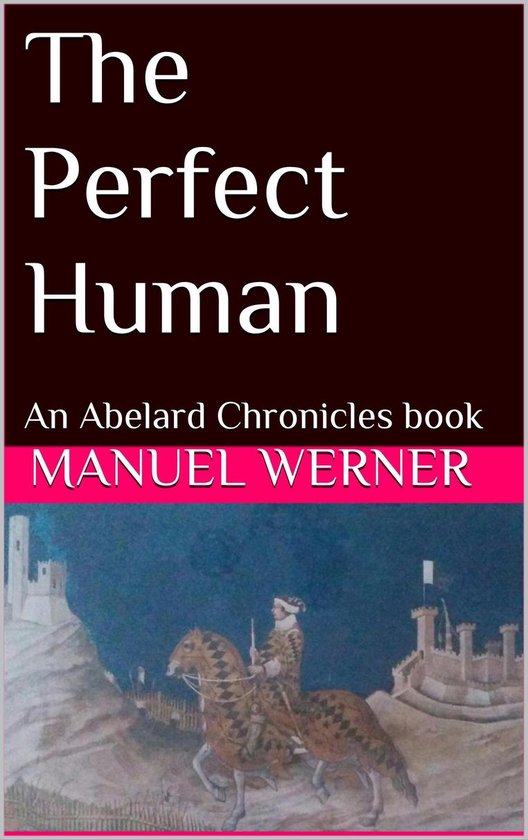 "The Perfect Human" is a tale of craven ambition, grasping opportunism, modern corporate greed and epic medieval violence. It is played out through the adventures of Abelard Bush, an ambitious, deeply ruthless executive with all the ethical standards and negotiating acumen necessary for the successful medieval nobleman. What might seem to be a handicap, a 650 year gap in his recall, provides Abelard with an overwhelming advantage as he claws his way up the corporate food chain.

Abelard, is a man whose good fortune is to have no memories other than a life lived during the Middle Ages to guide him in his relentless pursuit of self interest. Urbane, civilized Felicity and Oliver had no reason to dwell on the brutality, mistrust and casual violence that polite society has for so long ago left behind. That is, until they find Abelard. He is an enigma created by the only recall he possesses: a childhood in medieval Gascony, followed by a captain's career in the Black Prince's armies during the Hundred Years War, a successful run as a brigand on the highways of Fourteenth Century Europe, and as a Condottiere to the Italian city states.

All the more baffling is his ease with everyone he meets, from CEOs of large corporations, through dodgy characters who run timeless criminal organizations to the people who care most deeply for him. How could a man whose golden rule is to do unto others before they do unto him fit so snugly into Felicity's orderly, civilized world? Abelard is a man apparently unhampered by empathy, who relies mainly on duplicity and violence. Is Abelard an amnesiac who has lost his moral way, a psychopath who has lost his memory or, astonishingly, is he just an ordinary human with an extraordinary story?

The soon-to-be-dead, believing him to know the location of a fabulous, long lost fortune, as well as to possess the secret of very long life, pursue Abelard over two continents. The police are never far behind.