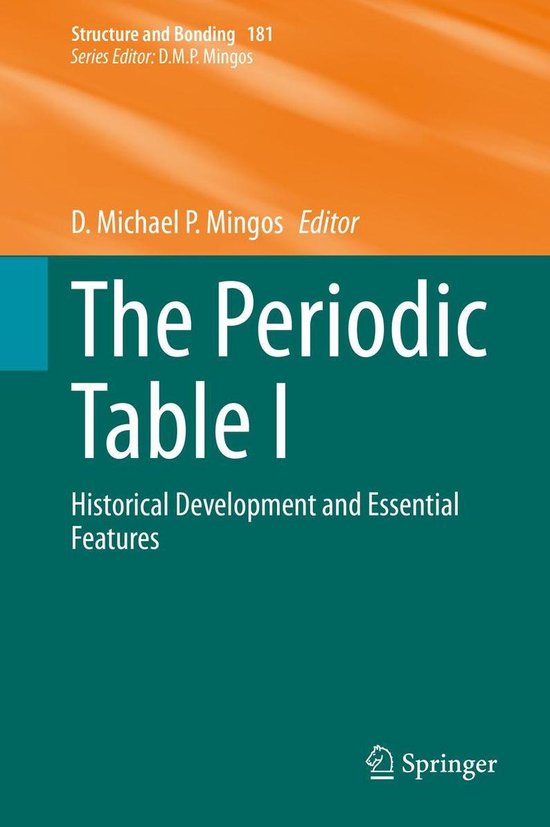 As 2019 has been declared the International Year of the Periodic Table, it is appropriate that Structure and Bonding marks this anniversary with two special volumes.


In 1869 Dmitri Ivanovitch Mendeleev first proposed his periodic table of the elements. He is given the major credit for proposing the conceptual framework used by chemists to systematically inter-relate the chemical properties of the elements. However, the concept of periodicity evolved in distinct stages and was the culmination of work by other chemists over several decades. For example, Newland's Law of Octaves marked an important step in the evolution of the periodic system since it represented the first clear statement that the properties of the elements repeated after intervals of 8. Mendeleev's predictions demonstrated in an impressive manner how the periodic table could be used to predict the occurrence and properties of new elements. Not all of his many predictions proved to be valid, but the discovery of scandium, gallium and germanium represented sufficient vindication of its utility and they cemented its enduring influence. Mendeleev's periodic table was based on the atomic weights of the elements and it was another 50 years before Moseley established that it was the atomic number of the elements, that was the fundamental parameter and this led to the prediction of further elements.


Some have suggested that the periodic table is one of the most fruitful ideas in modern science and that it is comparable to Darwin's theory of evolution by natural selection, proposed at approximately the same time. There is no doubt that the periodic table occupies a central position in chemistry. In its modern form it is reproduced in most undergraduate inorganic textbooks and is present in almost every chemistry lecture room and classroom.


This first volume provides chemists with an account of the historical development of the Periodic Table and an overview of how the Periodic Table has evolved over the last 150 years. It also illustrates how it has guided the research programmes of some distinguished chemists.