The Persian Oracle Hafiz of Shiraz 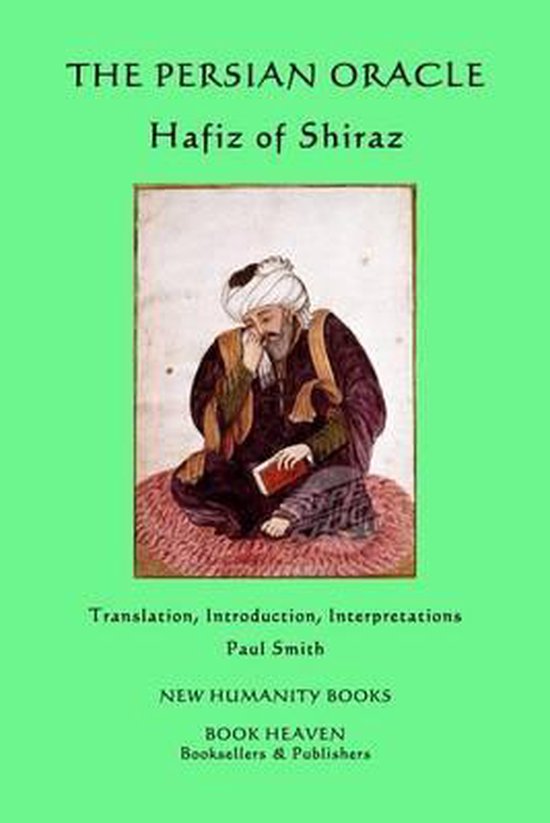 THE PERSIAN ORACLE: Hafiz of ShirazTranslation, Introduction, Interpretations by Paul Smith.Hafiz’s Divan of poems has been used as an Oracle successfully by millions of people from all walks of life for the past 600 years. The practice of interpreting his insightful poems has been a long tradition. Here are four hundred ghazals with insightful, clear interpretations by Paul Smith, an Introduction that includes his life, poetry, spirituality and the history of the use of his book as one of the world’s great Oracles. The correct rhyme has been kept as well as the beauty and meaning of these immortal, mystical poems. 441 pagesGertrude Bell: “It is as if his mental Eye, endowed with wonderful acuteness of vision, had penetrated into those provinces of thought which we of a later age were destined to inhabit.”Meher Baba: “There is no equal to Hafiz in poetry. He was a Perfect Master … His Divan is the best book in the world because it engenders feelings which ultimately lead to illumination.”COMMENTS ON PAUL SMITH’S TRANSLATION OF HAFIZ’S ‘DIVAN’.“It is not a joke... English version of ALL the ghazals of Hafiz is a great feat of paramount importance. I am astonished. If he comes to Iran I will kiss the fingertips that wrote such a masterpiece inspired by the Creator of all. ” Dr. Mir Mohammad Taghavi (Dr. of Literature) Tehran. “Superb translations. 99% Hafiz 1% Paul Smith.” Ali Akbar Shapurzman, translator and knower of Hafiz’s Divan off by heart.“I was very impressed with the beauty of these books.” Dr. R.K. Barz. Faculty of Asian Studies, Australian National University.“Smith has probably put together the greatest collection of literary facts and history concerning Hafiz.” Daniel Ladinsky (Penguin Books author).Paul Smith is a poet, author and translator of over 150 books of Sufi poets from the Persian, Arabic, Urdu, Turkish, Pashtu and other languages including Hafiz, Sadi, Nizami, Rumi, ‘Attar, Sana’i, Jahan Khatun, Obeyd Zakani, Mu’in, Amir Khusrau, Nesimi, Kabir, Anvari, Ansari, Jami, Omar Khayyam, Rudaki, Yunus Emre and others, and his own poetry, fiction, plays, biographies and screenplays.www.newhumanitybooksbookheaven.com
Toon meer Toon minder