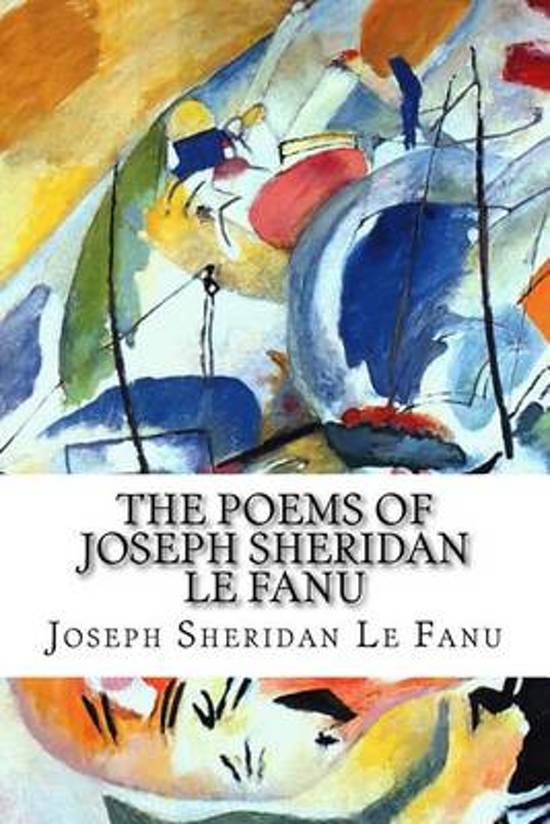 This collection brings together the complete poems of Joseph Sheridan Le Fanu, an Irish writer widely recognized as one of the fathers of Gothic tales and mystery novels. He was the leading ghost-story writer of the nineteenth century and was central to the development of the genre in the Victorian era. M. R. James described Le Fanu as ”absolutely in the first rank as a writer of ghost stories”. Three of his best-known works are Uncle Silas, Carmilla and The House by the Churchyard. In addition to M. R. James, several other writers have expressed strong admiration for Le Fanu’s fiction. E. F. Benson stated that Le Fanu’s stories ”Green Tea”, ”The Familiar”, and ”Mr. Justice Harbottle” ”are instinct with an awfulness which custom cannot stale, and this quality is due, as in The Turn of the Screw, to Le Fanu’s admirably artistic methods in setting and narration”. Benson added, ” best work is of the first rank, while as a ‘flesh-creeper’ he is unrivalled. No one else has so sure a touch in mixing the mysterious atmosphere in which horror darkly breeds”. Jack Sullivan has asserted that Le Fanu is ”one of the most important and innovative figures in the development of the ghost story” and that Le Fanu’s work has had ”an incredible influence on the genre; regarded by M. R. James, E. F. Bleiler, and others as the most skillful writer of supernatural fiction in English.”
Toon meer Toon minder