The Poetics of the Occasion Mallarme and the Poetry of Circumstance 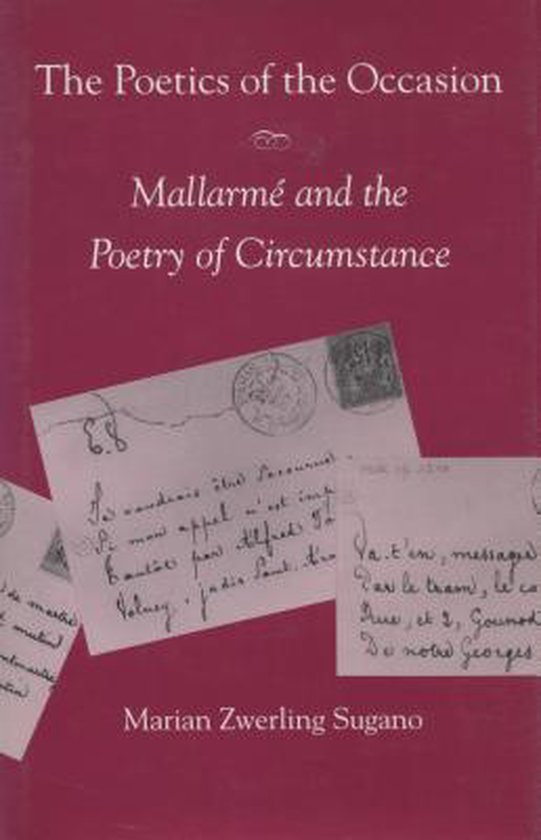 Although Mallarme is commonly viewed as the high priest of the autonomous work of art, by far the bulk of his actual poetic writing was occasional verse. With few exceptions the works written after 1873 manifest a reinvestment in the world subsequent to the metaphysical crises of the 1860's. In addition to the ''Tombeaux,'' the toasts, and certain of the ''Eventails,'' Mallarme composed the Vers de circonstance, more than 450 quatrains and distichs inscribed on envelopes, postcards, calling cards, Easter eggs, small stones, photographs, and jugs of Calvados. This is the first comprehensive reading and analysis of the neglected late poetry, heretofore dismissed as of marginal interest.
This book has a dual purpose. By exploring the occasional verse of Mallarme, which itself thematizes the problematics of the occasion, the author seeks to rehabilitate such writing for critical study. She does this not by proclaiming its high seriousness, but by insisting on its casual, amenable, public nature. Unlike previous critics, who have often apologized for straying into the fringes of the canon, the author delights in the marginal, insisting that in a poetics of the occasion, traditional oppositions such as center/margin become skewed and break down.
The author's second purpose is to come to a better understanding of Mallarme in light of what he actually wrote, rather than the work projected in his correspondence and prose articles, which has claimed so much critical attention. Each of the chapters of the book highlights one aspect of occasional poetry through an investigation of representative texts, both canonical and occasional. The author also discusses the relationship between Mallarme's poetics and the plastic arts, tracing the changing conception of the representation of the monument from the nineteenth to the twentieth century, as well as the correspondences between the more radical aspects of Mallarme's practice of writing and the contemporary arts.
Far more than a study of a single writer, this book is the first to propose a pragmatic definition of occasional literature, to undertake a broad study of the problem of occasion in literature, and to trace the historical trajectory of occasional writing as a specific discourse. The book is illustrated with 27 halftones.
Toon meer Toon minder