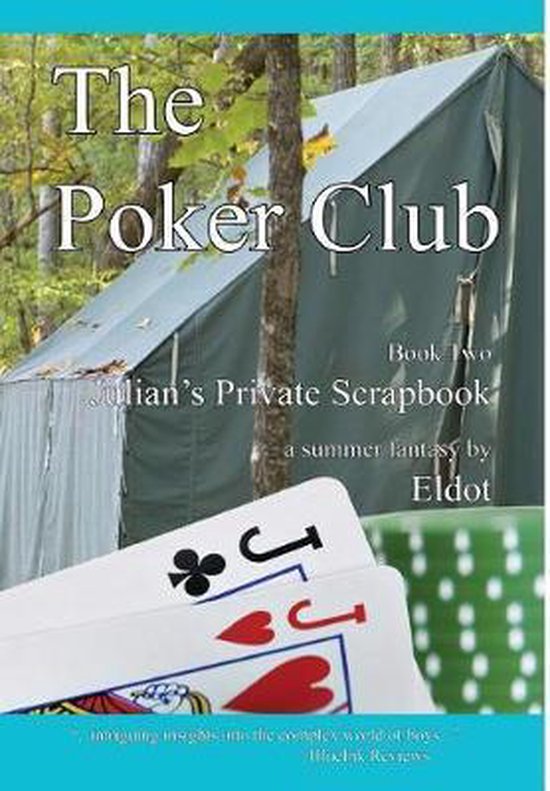 Eldot continues his five part romp at Camp Walker that began with Barr's Meadow. Julian's main objective, conquering his scoutmaster's heart, is unchanged, but he learns that it will take much longer than he planned. Meanwhile, he learns what he can from the other scouts. He works hard at his new job as assistant scribe.
The romance between Tom and Nick is the major focus of Part 2. Distractions, challenges and obstacles occur along the way. Of course, those just happen to come in the guise of yet other characters that wish to romp with Tom.
First among these is the exotic Geoff Staples, a sophisticated and savvy lad from the west coast and Hawaii. He is an experienced urban fox loose in a country chicken coop. He is witty, adventuresome, and outrageously daring. He and his two friends from Atlanta have a special Poker Club—that's strip poker—and they lure Tom into a game.
The sophistication of that scene is contrasted with several others during the three days that constitute the time frame of Julian's Private Scrapbook, Part 2.
Like a second son, the second part in a series has a mix of advantages and disadvantages. As long as the reader keeps this in mind, there is no reason for disappointment.
The big advantage is not having to spend so much time introducing and describing. The "action" gets started early on, and there is room for lots more.
The disadvantage is for readers who didn't read the first book or who have largely forgotten it. There are some built in helps for that in Part 2. A synopsis of part one is provided at the end of the book. The Index of Characters is purposely expanded to include a brief notation about events of importance to the character in Part 1. These do not equal a full reading, but they do provide an idea of what has happened to the individual.
Being the second in a family of five is similar to another task that faces The Poker Club. Number two son has to share with number one the burden of setting an example for the next book; there are others coming along.
Still, the fun and insights of Part 2 certainly stand on their own.
Toon meer Toon minder