The Power of Womanhood Or, Mothers and Sons 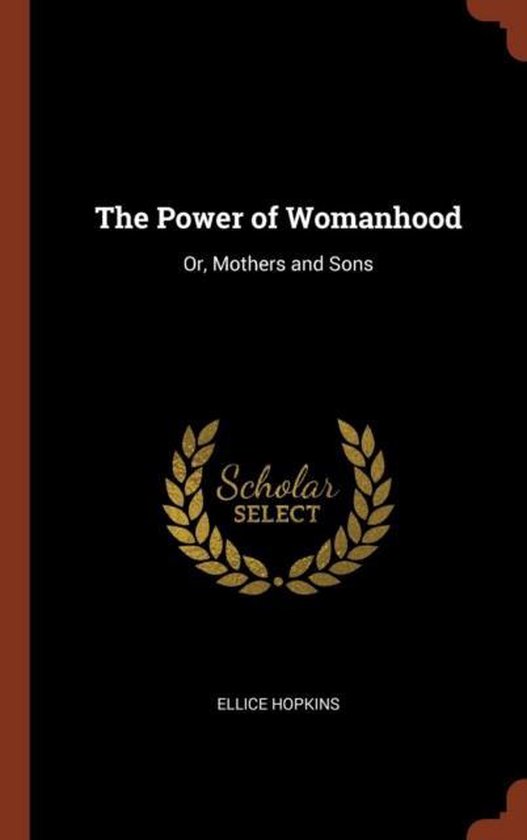 In a banquet given in honor of Heinrik Ibsen by a Norwegian society known as the Woman's League, in response to a speech thanking him in the name of the society for all he had done for the cause of women, the poet, while disclaiming the honor of having consciously worked for the woman's cause—indeed, not even being quite clear as to what the woman's cause really was, since in his eyes it was indistinguishable from the cause of humanity—concluded his speech with the words:


''It has always seemed to me that the great problem is to elevate the nation and place it on a higher level. Two factors, the man and the woman, must co-operate for this end, and it lies especially with the mothers of the people, by slow and strenuous work, to arouse in it a conscious sense of culture and discipline. To the woman, then, we must look for the solution of the problem of humanity. It must come from them as mothers: that is the mission that lies before them.''


Whether we are admirers of the great Norwegian poet or not, whether we are afflicted with Ibsenism, or regard his peculiar genius in a more critical and dispassionate light, no one would deny to him that deep intuitive insight which belongs to a poet, and which borders so closely on the prophet's gift.


It is now some years since I have been laid aside, owing to the terrible strain and burthen of my ten years' conflict with the evils that are threatening the sanctity of the family, the purity of the home, and all that constitutes the higher life of the nation. But in those ten years the one truth that was burnt into my very soul was the truth enunciated by Ibsen, that it is to the woman that we must look for the solution of the deepest moral problems of humanity, and that the key of those problems lies in the hands of the mothers of our race. They, and they alone, can unlock the door to a purer and a stronger life. This, in Ibsen's words, ''is the mission that lies before them.'' And it is this strong conviction which makes me feel that, even with broken powers and shattered health, I cannot rest from my labors without, at any cost to myself, placing the knowledge and experience gained in those years of toil and sorrow at the disposal of the educated women of the English-speaking world who, either as mothers or in other capacities, have the care and training of the young.


No one recognizes more thankfully than I do the progress that the woman's movement has made during what have been to me years of inaction and suffering. The ever-increasing activity in all agencies for the elevation of women; the multiplication of preventive institutions and rescue societies; above all, that new sense of a common womanhood, that esprit de corps in which hitherto we have been so grievously lacking, and which is now beginning to bind all our efforts together into one great whole—these I thankfully recognize. We no longer each of us set up in separate and somewhat antagonistic individuality our own little private burrow of good works, with one way in and one way out, and nothing else needed for the wants of the universe. We realize now that no one agency can even partially cover the ground, and conferences are now held of all who are working for the good of women and children, to enable the separate agencies to work more effectually into one another's hands and unite more fervently in heart and soul in a common cause. Beneath all this, apart from any external organization whatever, there is a silent work going on in the hearts of thoughtful and educated mothers, which never comes before the public at all, but is silently spreading and deepening under the surface of our life.