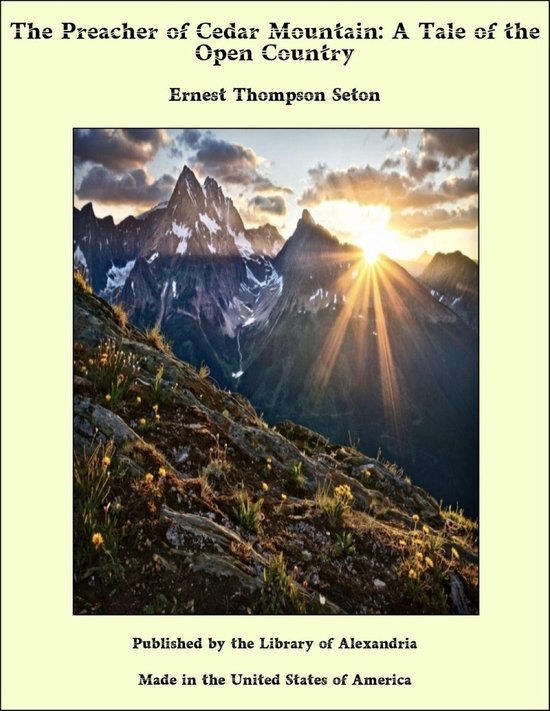 A burnt, bare, seared, and wounded spot in the great pine forest of Ontario, some sixty miles northeast of Toronto, was the little town of Links. It lay among the pine ridges, the rich, level bottomlands, and the newborn townships, in a region of blue lakes and black loam that was destined to be a thriving community of prosperous farmer folk. The broad, unrotted stumps of the trees that not so long ago possessed the ground, were thickly interstrewn among the houses of the town and in the little fields that began to show as angular invasions of the woodland, one by every settler's house of logs. Through the woods and through the town there ran the deep, brown flood of the little bog-born river, and streaking its current for the whole length were the huge, fragrant logs of the new-cut pines, in disorderly array, awaiting their turn to be shot through the mill and come forth as piles of lumber, broad waste slabs, and heaps of useless sawdust. Two or three low sawmills were there, each booming, humming, busied all the day. And the purr of their saws, or the scream when they struck some harder place in the wood, was the dominant note, the day-long labour-song of Links. At first it seemed that these great, wasteful fragrant, tree-destroying mills were the only industries of the town; and one had to look again before discovering, on the other side of the river, the grist mill, sullenly claiming its share of the water power, and proclaiming itself just as good as any other mill; while radiating from the bridge below the dam, were the streets—or, rather, the rough roads, straight and ugly—along which wooden houses, half hidden by tall sunflowers, had been built for a quarter of a mile, very close together near the bridge, but ever with less of house and sunflower and more of pumpkin field as one travelled on, till the last house with the last pumpkin field was shut in by straggling, much-culled woods, alternating with swamps that were densely grown with odorous cedar and fragrant tamarac, as yet untouched by the inexorable axe of the changing day. Seen from the road, the country was forest, with about one quarter of the land exposed by clearings, in each of which were a log cabin and the barn of a settler. Seen from the top of the tallest building, the sky line was, as yet, an array of plumy pines, which still stood thick among the hardwood trees and, head and shoulders, overtopped them. Links was a town of smells. There were two hotels with their complex, unclean livery barns and yards, beside, behind, and around them; and on every side and in every yard there were pigs—and still more pigs—an evidence of thrift rather than of sanitation; but over all, and in the end overpowering all, were the sweet, pervading odour of the new-sawn boards and the exquisite aroma of the different fragrant gums—of pine, cedar, or fir—which memory will acknowledge as the incense to conjure up again in vivid actuality these early days of Links.