The Prophecy of Daniel 11 Unsealed The Time of the End 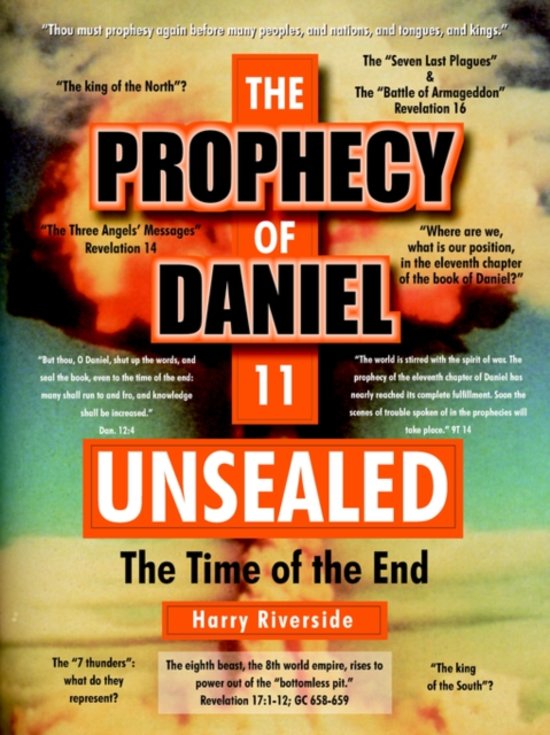 More than 2500 years ago the Heavenly Messenger said the to the prophet Daniel, "Seal the book, even to the time of the end." Daniel 12: 4. By the sure word of the servant of the Lord we understand and know that the time of the end began in 1798, for since that date, "since 1798 the book of Daniel has been unsealed, knowledge of the prophecies has increased, and many have proclaimed the solemn message of the judgment near." GC 356. Chapters 10 thru 12 of the book of Daniel form a unit. The prophecy within this unit, which is primarily contained in chapter eleven, was to begin its historical fulfillment in 1798. The prophecy would thus begin to be understood, and people would be able to understand, and they would be able to understand it since that date. In Bible times, when Daniel wrote the book that bears his name, there were no verse and chapter divisions. Daniel 12 is a continuation and explanation of the prophecy of Daniel Eleven. "Let us read and study the 12th chapter of Daniel. It is a warning we shall all need to understand before the time of the end." Ellen G. White, Letter 161, July 30, 1903. A portion of chapter 12 is a recapitulation and further explanation of 11: 31. The 1290 and 1335 days of 12: 11-12 begin when 11: 31 meets its historical fulfillment, sometime in the future, when the "Sanctuary of Strength" is defiled and the "tamid" is taken away. That is to say, the "continuance" of Daniel 8: 11 (tamid ) is taken away. What happened in 66-70 A.D. when the temple in Jerusalem was under sieg and destroyed, is a miniature model, an example, of what shall take place at the time of the end-the last end-the last portion of the time of the end. This book, THE PROPHECY OF DANIEL11 "UNSEALED," is a fast-moving verse by verse interpretation of Daniel 11 and 12. There are no less than 3 charts. Of particular interest and importance is the last days' charts on pages 86A and 86B - the 1290 and 1335 days. The remaining portion of the prophecy of Dan
Toon meer Toon minder