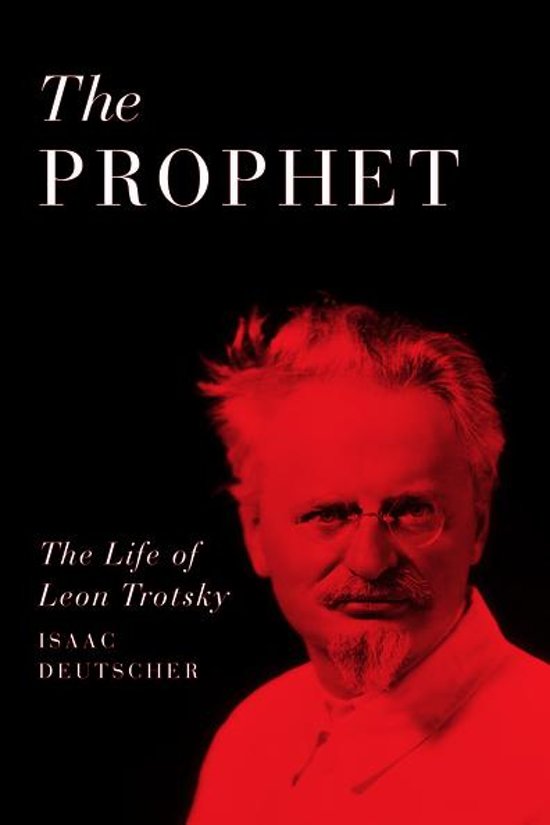 
Few political figures of the twentieth century have aroused such intensities of fierce admiration and reactionary fear as Russian revolutionary Leon Trotsky. His extraordinary life and extensive writings have left an indelible mark on the revolutionary consciousness. Yet there was once a danger that his life and influence would be relegated to the footnotes of history. Published over the course of ten years, beginning in 1954, Deutscher's magisterial three-volume biography turned back the tide of Stalin's propaganda, and has since been praised by everyone from Tony Blair to Graham Greene. In this definitive work, now reissued in a single volume, Trotsky's true stature emerges as the most heroic, and ultimately tragic, character of the Russian Revolution.

In the 1930s, Trotsky, with a handful of followers, attempted to block the path of Stalin's relentless hurricane of betrayal and murder. His epic defence of the soul of the Revolution against its bureaucratic executioners was a torchlight in the storm. In one of the very greatest modern biographies, Isaac Deutscher redeems the legacy of this astonishing revolutionary and humanist thinker. --Mike Davis, author of Planet of Slums The three volumes of Isaac Deutscher's life of Trotsky ... were for me the most exciting reading of the year. Surely this must be counted among the greatest biographies in the English language. --Graham Greene He has told the story more accurately and with fuller detail than ever before. His book is compulsory reading for anyone interested in the history of Soviet Russia and of international communism. --A. J. P. Taylor, New Statesman This is the critical voice the velvet revolution faded out. The republication of Deutscher's classic trilogy is good news for a new generation who want to know what went wrong with communist-style socialism. --Sheila Rowbotham It made a very deep impression on me and gave me a love of political biography for the rest of my life. - Tony Blair
Toon meer Toon minder