The Pursuit of Purpose and the Path of Virtues 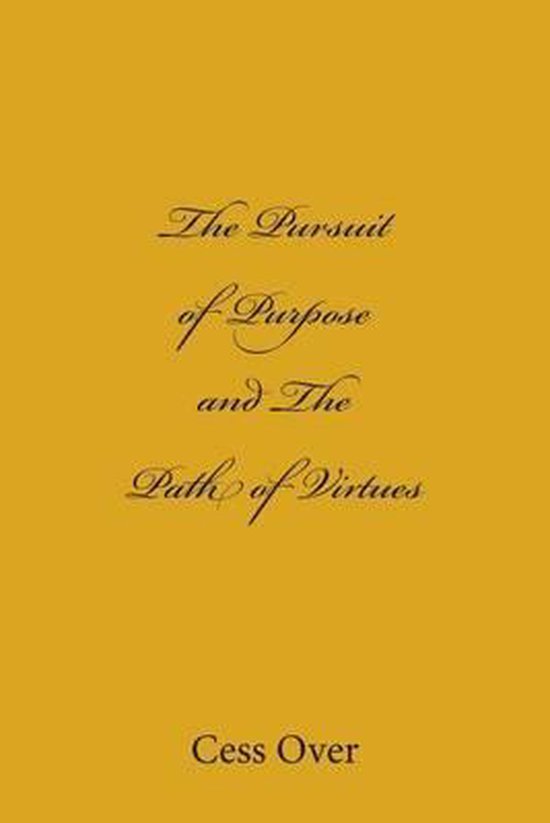 Modern technology has removed us from the natural arena, and placed us in this artificial environment of our own creation. This has added a new and unique twist to the way we interact, and is possibly one of the greatest changes we have ever faced. This new world created by technology seems to have endless possibilities. It is a place where forward planning and automation increases the gap between actions and consequences, where the gray areas between what is said and what is done have expanded to a point where the connection is often almost untraceable. The first half of the twentieth century, we put our new mastery of technology to use by fighting extremely violent wars on a global scale. Among the first lessons we learned is how destructive technology can be. We released the power of nuclear fission, and at least we were smart enough to be terrified of what we had unleashed. The second half of the twentieth century was an era of excess, not only of drugs, sex, and rock-n-roll, but also of monster trucks, giant mansions, and celebrity worship. We had quickly developed into a disposable society where consumption was necessary to keep the gears of our market economy turning. Industrial pollutants threatened our environment, while poverty and ghetto violence isolated and segregated us behind our TVs and jobs. The alternative to our world of excess was a world living under a totalitarian government where opportunity had been vastly removed. The world's super powers, divided between these extremes, engaged in a cold war rivalry based on competing economic philosophies, where the people of the third world were often used as pawns. Hovering above this conflict was the very real threat of nuclear war and the destruction of life as we knew it. Once released from its bottle, the nuclear genie could not be put back. It was as if we could not go forward, nor could we go back. During these times, it seems that the principles, which guided our society for generations, have been scattered and tangled by the machinations of our modern world. Electronics and combustion engines reshaped the world between generations. Maybe even more rapid technological expansion awaits us in the future, but in this era, people in developed countries escaped from the daily struggle for survival, into an age where we mainly ponder how much is enough. Living is defying inertia. It is good to have drive, as long as you do not drive yourself to madness. Attitude and passion are more important than intellect, talent, or physical prowess. Truth is the only real currency, but nobody knows the truth. All we have is our own perspective of the truth, and almost everything we do is based on our perception of truth, our perspective. Even when we try to run or hide from it, our perception of the truth is the basis on which we ground our reality and make our decisions.The development of virtues and vices is progressive. We learn patience, and with patience we grow the capabilities that allow us to share and be charitable. Being charitable encourages us to be more industrious, and more aware of the world and others, enabling us to develop empathy and grow in wisdom and vision. Our understanding of others helps us to understand ourselves, develop a clear understanding of our strengths and weaknesses, successes and failures through humility. Our ability to see our place in this world enables us to find forgiveness for others and thus ourselves for the mistakes we make in life, which helps us in establishing a just society capable of accomplishing great things. This is the road to a better world, but it is not an easy path to stay on.
Toon meer Toon minder