The Quality of Democracy in Korea Three Decades after Democratization 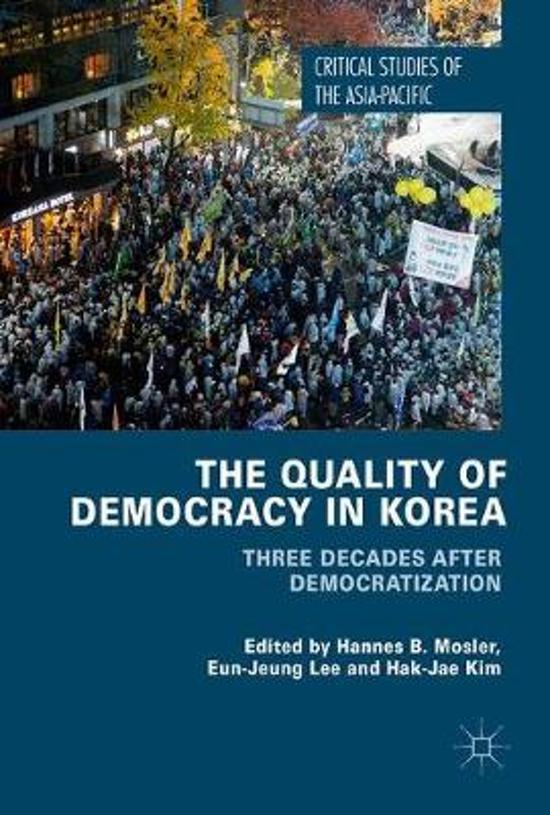 This edited volume assesses the quality of democracy in the Republic of Korea three decades after its formal democratization in 1987. It has been argued that Korea's two subsequent power turnovers prove that its democracy has been successfully consolidated, despite its tremendous progress; however, recent developments show signs of deterioration and retreat. Therefore, drawing on the recent quality of democracy literature this volume sets out to answer the question: Where does Korea's democratic quality stand today? The three chapters in first section of the book focus on aspects related to the presidency, political parties, and organized labor, also including the perspective of governance and human security as well as on the rule of law regarding the role and function of the prosecution. This is followed by a set of four chapters in section two that address the dimensions of democratic quality such as participation, freedom, equality, and responsiveness. The final, third section includes contributions on related inter-Korean policy issues. This book is an invaluable resource for political and social scientist working on democratic quality, and at the same for scholars in Asian or Korean Studies at faculty level as well as on graduate student level.
Toon meer Toon minder