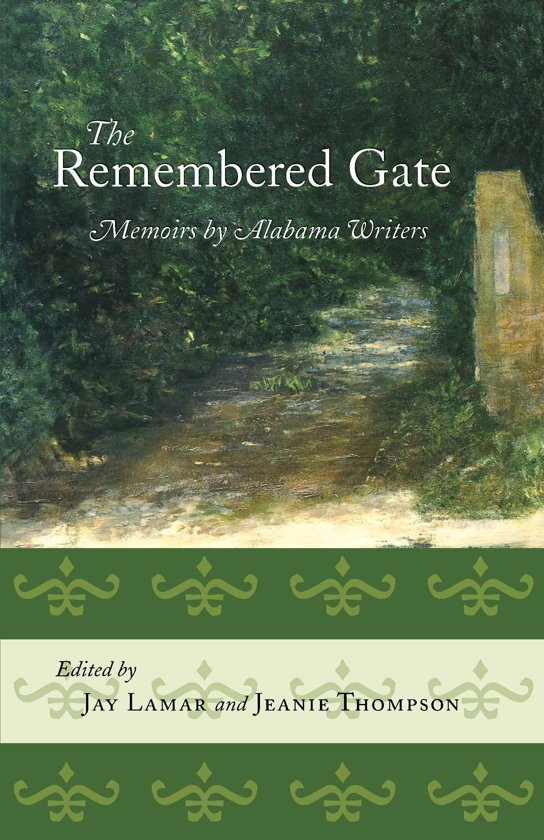 This collection of reflective essays–all exploring themes of artistic self-discovery and regional awareness–showcases 19 nationally known writers who have roots in Alabama.


In The Remembered Gate, nationally prominent fiction writers, essayists, and poets recall how their formative years in Alabama shaped them as people and as writers. The essays range in tone from the pained and sorrowful to the wistful and playful, in class from the privileged to the poverty-stricken, in geography from the rural to the urban, and in time from the first years of the 20th century to the height of the Civil Rights era and beyond.


In all the essays we see how the individual artists came to understand something central about themselves and their art from a changing Alabama landscape. Whether from the perspective of C. Eric Lincoln, beaten for his presumption as a young black man asking for pay for his labors, or of Judith Hillman Paterson, floundering in her unresolved relationship with her troubled family, these personal renderings are intensely realized visions of a writer's sense of being a writer and a human being. Robert Inman tells of exploring his grandmother's attic, and how the artifacts he found there fired his literary imagination. William Cobb profiles the lasting influence of the town bully, the diabolical Cletus Hickey. And in ''Growing up in Alabama: A Meal in Four Courses, Beginning with Dessert,'' Charles Gaines chronicles his upbringing through the metaphor of southern cooking.


What emerges overall is a complex, richly textured portrait of men and women struggling with, and within, Alabama's economic and cultural evolution to become major voices of our time.