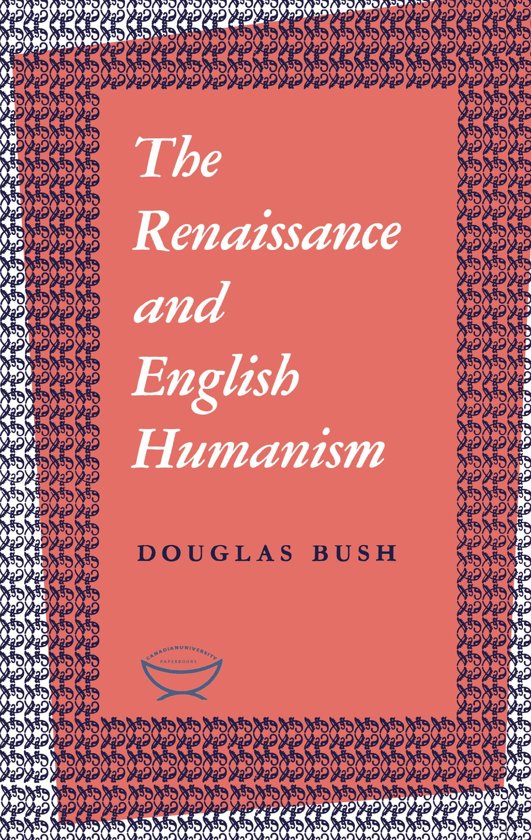 The appearance of a fourth printing of The Renaissance and English Humanism indicated the scholarly success this book has enjoyed for more than a decade. As a brief yet thoughtful and eloquent evaluation of the influence of the Christian humanistic tradition upon our culture it has not been surpassed. The study is divided into four parts: in the first, Professor Bush discusses modern theories of the Renaissance; in the second and third, the character of classical humanism on the Continent and in England; and in the fourth, the place of Milton in the humanistic tradition.


''Douglas Bush has shown an unusual awareness,'' wrote Wallace K. Ferguson, ''of the historiographical evolution of the Renaissance, and has taken his stand with rare explicitness on the side of those who find the Renaissance filled with mediaeval traditions.'' Professor Bush sees the dominant ideal of the English Renaissance as rational and religious order, rather than rebellious individualism, and his view has provided an important clue to the English literature and thought of the 16th and the earlier 17th century.