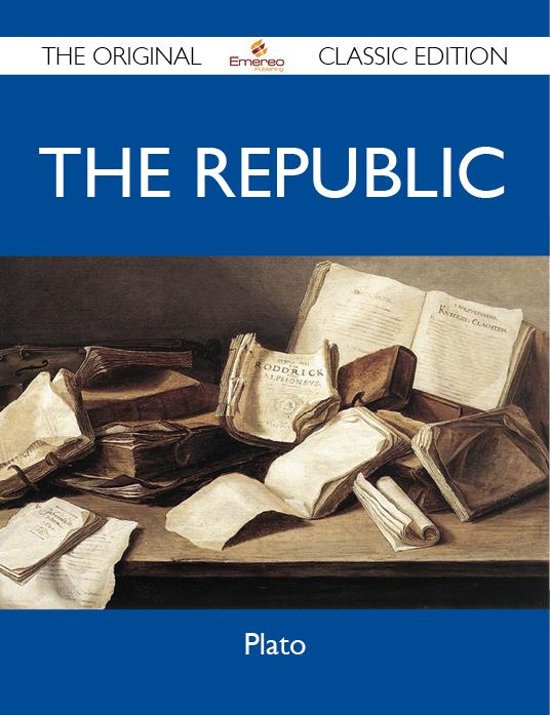 This is a high quality book of the original classic edition.


The argument of the Republic is the search after Justice, the nature of which is first hinted at by Cephalus, the just and blameless old man?then discussed on the basis of proverbial morality by Socrates and Polemarchus?then caricatured by Thrasymachus and partially explained by Socrates?reduced to an abstraction by Glaucon and Adeimantus, and having become invisible in the individual reappears at length in the ideal State which is constructed by Socrates.


....Or a more general division into two parts may be adopted; the first (Books I - IV) containing the description of a State framed generally in accordance with Hellenic notions of religion and morality, while in the second (Books V - X) the Hellenic State is transformed into an ideal kingdom of philosophy, of which all other governments are the perversions.


....Just as in the Jewish prophets the reign of Messiah, or the day of the Lord, or the suffering Servant or people of God, or the Sun of righteousness with healing in his wings only convey, to us at least, their great spiritual ideals, so through the Greek State Plato reveals to us his own thoughts about divine perfection, which is the idea of good?like the sun in the visible world;?about human perfection, which is justice?about education beginning in youth and continuing in later years?about poets and sophists and tyrants who are the false teachers and evil rulers of mankind?about the world which is the embodiment of them?about a kingdom which exists nowhere upon earth but is laid up in heaven to be the pattern and rule of human life.


....In the second book, when Glaucon insists that justice and injustice shall be considered without regard to their consequences, Adeimantus remarks that they are regarded by mankind in general only for the sake of their consequences; and in a similar vein of reflection he urges at the beginning of the fourth book that Socrates fails in making his citizens happy, and is answered that happiness is not the first but the second thing, not the direct aim but the indirect consequence of the good government of a State.


....The allusion to Theages bridle, and to the internal oracle, or demonic sign, of Socrates, which here, as always in Plato, is only prohibitory; the remark that the salvation of any remnant of good in the present evil state of the world is due to God only; the reference to a future state of existence, which is unknown to Glaucon in the tenth book, and in which the discussions of Socrates and his disciples would be resumed; the surprise in the answers; the fanciful irony of Socrates, where he pretends that he can only describe the strange position of the philosopher in a figure of speech; the original observation that the Sophists, after all, are only the representatives and not the leaders of public opinion; the picture of the philosopher standing aside in the shower of sleet under a wall; the figure of the great beast followed by the expression of good-will towards the common people who would not have rejected the philosopher if they had known him; the right noble thought that the highest truths demand the greatest exactness; the hesitation of Socrates in returning once more to his well-worn theme of the idea of good; the ludicrous earnestness of Glaucon; the comparison of philosophy to a deserted maiden who marries beneath her?are some of the most interesting characteristics of the sixth book.