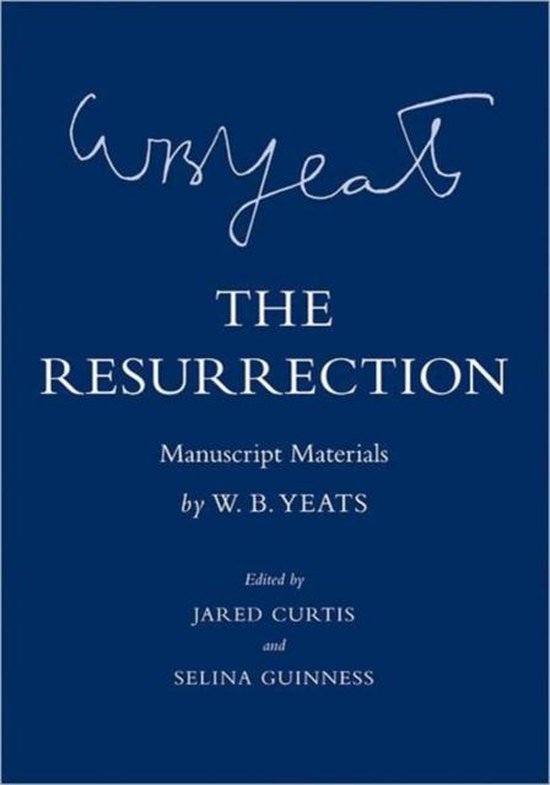 The Resurrection was first performed at the Abbey Theatre on 30 July 1934. Yeats had sketched the play's first scenarios in 1925, and worked on it intermittently for the next nine years. For the author, the work was a kind of study piece for communicating to a general audience his investigations into patterns of historical recurrence. In The Resurrection, Yeats asks how the avatar of a new era can be dramatized as a true anomaly, capable of revitalizing a declining civilization through the power of magic or miracle. The play takes the form of a series of questions and answers between three interlocutors (the Greek, the Hebrew, and the Syrian) as they confront the miracle of the risen Christ. As the play ends, Yeats emphasizes the political implications of miracle, which has the sublime and terrifying power to undo the existing but exhausted order and usher in a new epoch. The Cornell Yeats edition presents photographs and transcriptions of the manuscripts, typescripts, and proof pages by which we may trace the author's textual revisions for The Resurrection, leading to its publication in 1932 in Stories of Michael Robartes and His Friends and two years later in Wheels and Butterflies and Collected Plays. The drafts of the Introduction to the play are presented, as well. An Appendix presents images of Arthur Duff's score for the songs of The Resurrection. Jared Curtis and Selina Guinness preface the text with a census of manuscripts and an introduction discussing the content of the play and the long history of its composition, including the First Version (1925/6-1927), the Second Version (1929-1934), and the Introduction (1931-1934). The arduous process of revision through which the author humanized his characters and dramatized the dry theological arguments of the early drafts is revealed with remarkable clarity.
Toon meer Toon minder