The Return of Tarzan 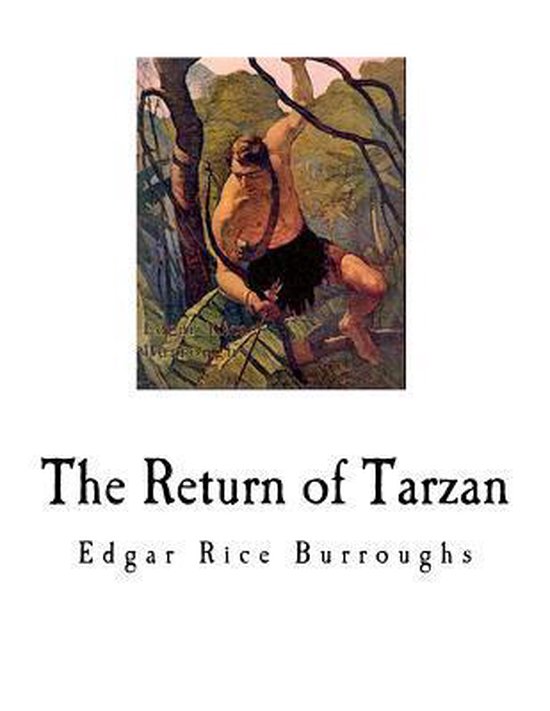 The Return of Tarzan By Edgar Rice BurroughsThe Return of Tarzan is a novel written by Edgar Rice Burroughs, the second in his series of books about the title character Tarzan. It was first published in the pulp magazine New Story Magazine in the issues for June through December 1913; the first book edition was published in 1915 by A. C. McClurg.The novel picks up soon after where Tarzan of the Apes left off. The year is 1910 and Tarzan is 22 years old. The ape man, feeling rootless in the wake of his noble sacrifice of his prospects of wedding Jane Porter, leaves America for Europe to visit his friend Paul d'Arnot. On the ship he becomes embroiled in the affairs of Countess Olga de Coude, her husband, Count Raoul de Coude, and two shady characters attempting to prey on them, Nikolas Rokoff and his henchman Alexis Paulvitch. Rokoff, it turns out, is also the countess's brother. Tarzan thwarts the villains' scheme, making them his deadly enemies.Later, in France, Rokoff tries time and again to eliminate the ape man, finally engineering a duel between him and the count by making it appear that he is the countess's lover. Tarzan deliberately refuses to defend himself in the duel, even offering the count his own weapon after the latter fails to kill him with his own, a grand gesture that convinces his antagonist of his innocence. In return, Count Raoul finds him a job as a special agent in the French ministry of war. Tarzan is assigned to service in Algeria.
Toon meer Toon minder