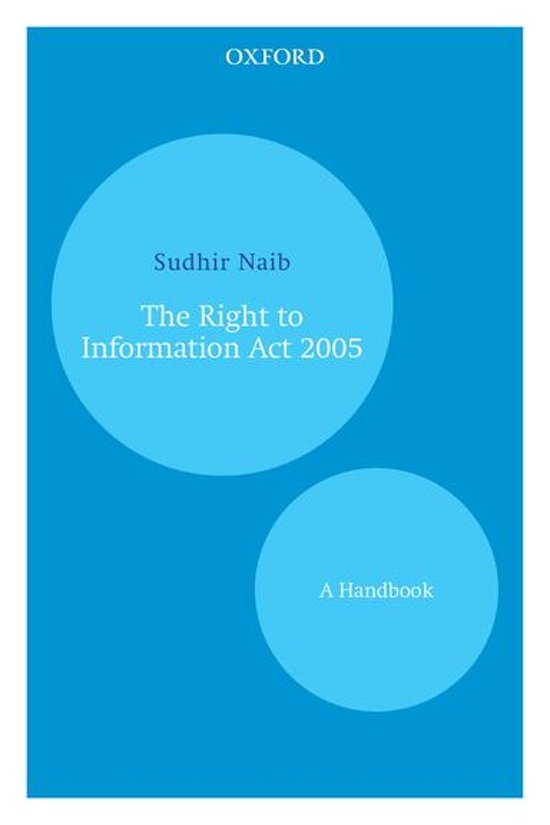 The Indian state till recently denied information about its functioning and decision-making to its citizens, ironically, using laws made during the colonial period. Apart from being an anomaly in a democratic set-up, it created an adverse impact on the quality of governance, accountability, and transparency. It was only in 2005, after a prolonged freedom of information movement, that this situation was finally rectified. The government enacted the landmark Right to Information Act 2005, and gave to all its citizens the right to access information held by or under the control of public authorities. This Handbook is meant to serve as a practical guide to the implementation of the Act. The book begins by locating the Act in the context of a global movement for freedom of information (FOI), and discusses the efforts made by international bodies for adoption of FOI. It also presents a detailed comparative study of FOI in five countries—the US, the UK, Canada, South Africa, and India. In subsequent chapters, the book adopting a step-by-step approach, discusses the provisions of the Right to Information Act, how citizens should make use of the right to information, the comprehensive guidelines for public authorities and their obligations under the Act, which includes relevant central information commission decisions, the role of the public information officers (PIO), who are to be appointed as per the provisions in the Act by all public authorities, the exemptions allowed under the Act, and, finally, the appellate authorities to whom a citizen can appeal in case of unsatisfactory response by the PIO.