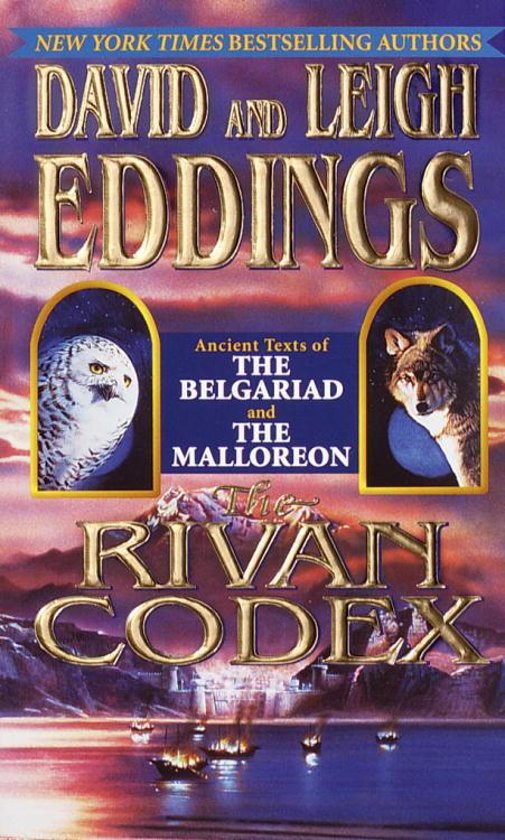 Join David and Leigh Eddings on a fascinating behind-the-scenes tour of the extensive background materials they compiled before beginning the masterpiece of epic fantasy unforgettably set down in The Belgariad and The Malloreon and their two companion volumes, Belgarath the Sorcerer and Polgara the Sorceress.


Our tour stretches from the wealthy Empire of Tolnedra to the remote Isle of the Winds, from the mysterious mountains of Ulgoland to the forbidding reaches of darkest Mallorea. Along the way, you will meet old friends and enemies alike. Rare volumes will be opened to your eyes. Sacred holy books in which you may read the secrets of the Gods themselves and of their prophets. Scholarly histories of the rise and fall of empires from the Imperial Library at Tol Honeth. The profound mysteries of the Malloreon Gospels. THE RIVAN CODEX will enrich your understanding of all that has gone before . . . and whet your appetite for more spectacular adventures from this talented team.