The Roads to Modernity The British, French and American Enlightenments 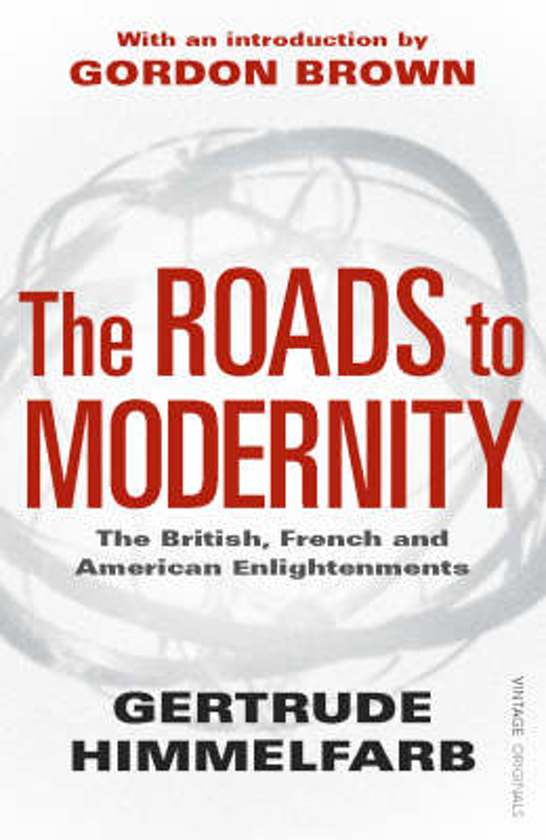 Gertrude Himmelfarb's elegant and wonderfully readable work, The Roads to Modernity, reclaims the Enlightenment from historians who have downgraded its importance and from scholars who have given preeminence to the Enlightenment in France over concurrent movements in England and in America. Himmerlfarb demonstrates the primacy and wisdom of the British, exemplified in such thinkers as Adam Smith, David Hume, and Edmund Burke, as well as the unique and enduring contributions of the American Founders. It is their Enlightenments, she argues, that created a social ethic - humane, compassionate and realistic - that still resonates strongly today.

Supported with great passion and wide-ranging scholarship... Himmelfarb has written a keenly argued and thought-provoking intellectual history of the eighteenth century San Francisco Chronicle Exceptionally well written and clever Washington Post She writes with a real grace and her effortless prose brings the history of ideas to life Sunday Times This stimulating essay makes a convincing case for the unique character and significance of the British Enlightenment Guardian An intelligent history... the prose is elegant and the arguments engaging and she weaves her way gracefully and effortlessly across centuries, disciplines and nations Observer

Originele Titel
The Roads to Modernity: The British, French, and American Enlightenments