The Routledge Handbook of Civil-Military Relations 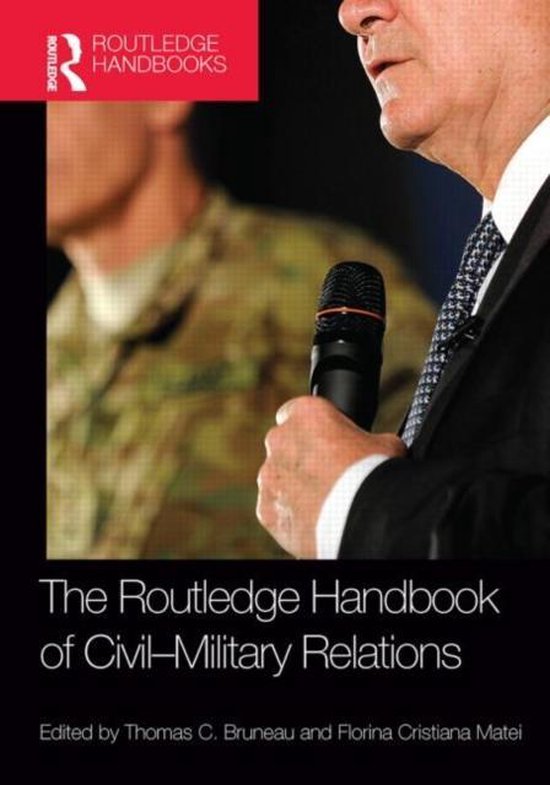 This new Handbook offers a wide-ranging, internationally focused overview of the field of civil-military relations. The armed forces are central actors in most societies and are involved in many different roles. Amongst other activities, they engage in peace operations, support the police in fighting crime, support civilian authorities in dealing with natural disasters, and fight against terrorists and in internal conflicts. The existing literature on this subject is limited in its discussion of war-fighting and thus does not do justice to this variety of roles. The Routledge Handbook of Civil-Military Relations not only fills this important lacuna, but offers an up-to-date comparative analysis which identifies three essential components in civil-military relations: (1) democratic civilian control; (2) operational effectiveness; and (3) the efficiency of the security institutions. Amalgamating ideas from key thinkers in the field, the book is organized into three main parts: Part I: Development of the Field of Study; Part II: Civil-Military Relations in Non-Democratic or Nominally Democratic Countries; Part III: Civil-Military Relations in Democratic and Democratizing States: Issues and Institutions. This new Handbook will be essential reading for students and practitioners in the fields of civil-military relations, defense studies, war and conflict studies, international security and IR in general.
Toon meer Toon minder