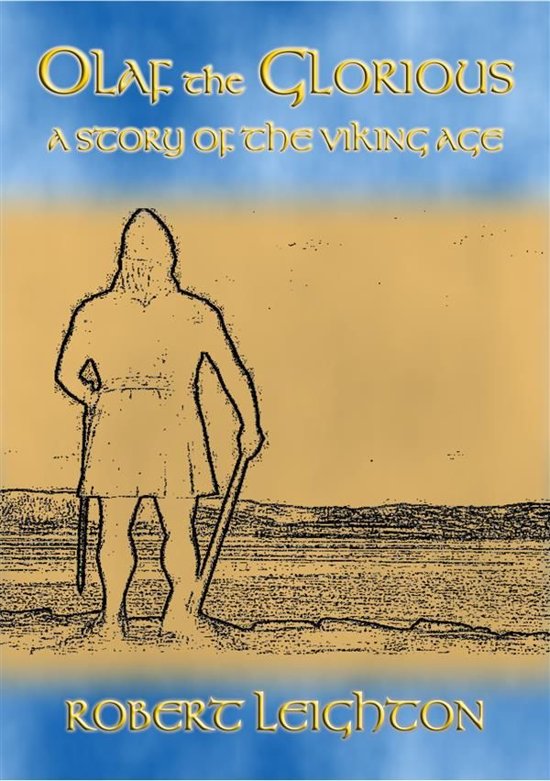 OLAF TRYGGVASON, the hero of this saga is not an imaginary one; he was a real flesh and blood man who eventually reigned as King of Norway just over a thousand years ago. His life reads as only a Viking Saga could and should. Herein you will find the salient facts of his adventurous and outstanding life. They are:

are set forth in this volume which, if summarised, would make for a cracking campfire yarn.

The events related herein can be found in the various Icelandic sagas dealing with the period in which he lived. In short, Olaf was your archetypal Viking. Very few authors could pen a saga that mirrors the life of Olaf, and many have tried. However in penning this story, Leighton made full and free use of these old time records, and added only such probable incidents as were necessary to give a thread of continuity to the reader.


NOTE: For the convenience of readers who may wish for greater exactness; Olaf Triggvison was born A.D. 963 and he started on his wanderings as a Viking in the year A.D. 981. The sea fight between the Vikings of Jomsburg and the Norwegians took place in A.D. 986, and the battle of Maldon in the year A.D. 991. Olaf reigned only five years as King of Norway, being crowned in 995, and ending his reign with his death in the glorious defeat at Svold in the year A.D. 1000.


10% of the publisher's profit from the sale of this book will be donated to UNICEF.