The Sailor Franklin D. Roosevelt and the Transformation of American Foreign Policy 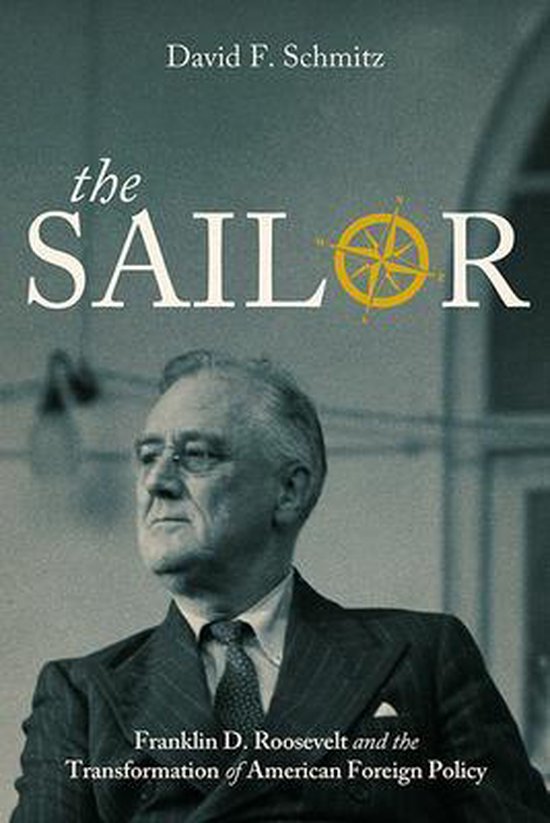 As with sailing, so with politics: make your cloth too taut and your ship will dip and heel, but slacken off and trim your sails, and things head up again. - Euripides, Orestes The Great Depression of the 1930s and the global crisis of World War II created ripe conditions for change in both US and international politics, setting off many questions regarding America's role in the world. The power and influence held by the United States at this time informed Franklin Roosevelt's belief that the country was optimally positioned to become a world leader. As such, his decisions and actions preceding the war were a critical juncture in twentieth-century US foreign policy and responsible for the nation's eventual entrance into the war. Scholarship often presents the 32nd President as an isolationist with little continuity or initiative in his approach to world politics. Based on a new, interpretive framework, however, FDR's actions take on a more purposeful tack. The Sailor: Franklin D. Roosevelt and the Transformation of American Foreign Policy, 1933-1945 examines Roosevelt's worldview and political ideology throughout his career to understand how they shaped the policies he developed in response to the crises that arose during his presidency. Author David Schmitz explains why Roosevelt found the traditional foreign policy of neutrality inadequate and shows how the president spurred a new, internationalist approach in the United States' dealings with other actors on the global stage. Arguing against existing scholarship that suggests FDR rarely made informed foreign policy decisions, Schmitz claims that the president was consistent and calculating in his outlook and actions involving international affairs and the direction of American foreign policy. Guided by a vision of peace and American security, Schmitz argues that Roosevelt pursued a Third Way between imperialism and revolution: a pro-Western nationalism built upon organized, international collaboration with a focus toward promoting and protecting American values and institutions. Schmitz shows how Roosevelt intentionally carried out this vision in the hopes of bringing about an end to the beginnings of all wars. The Sailor is an important interpretive analysis of the Roosevelt administration's foreign policy. By challenging previously held assumptions, Schmitz constructs a new narrative about FDR's overall attitude to the US and its role in a postwar world. He shows how FDR successfully transformed US neutrality into US internationalism, forever changing the direction of American foreign policy. This work will appeal to scholars and general readers alike, specifically, those interested in Franklin Roosevelt, World War II, and American foreign relations.
Toon meer Toon minder